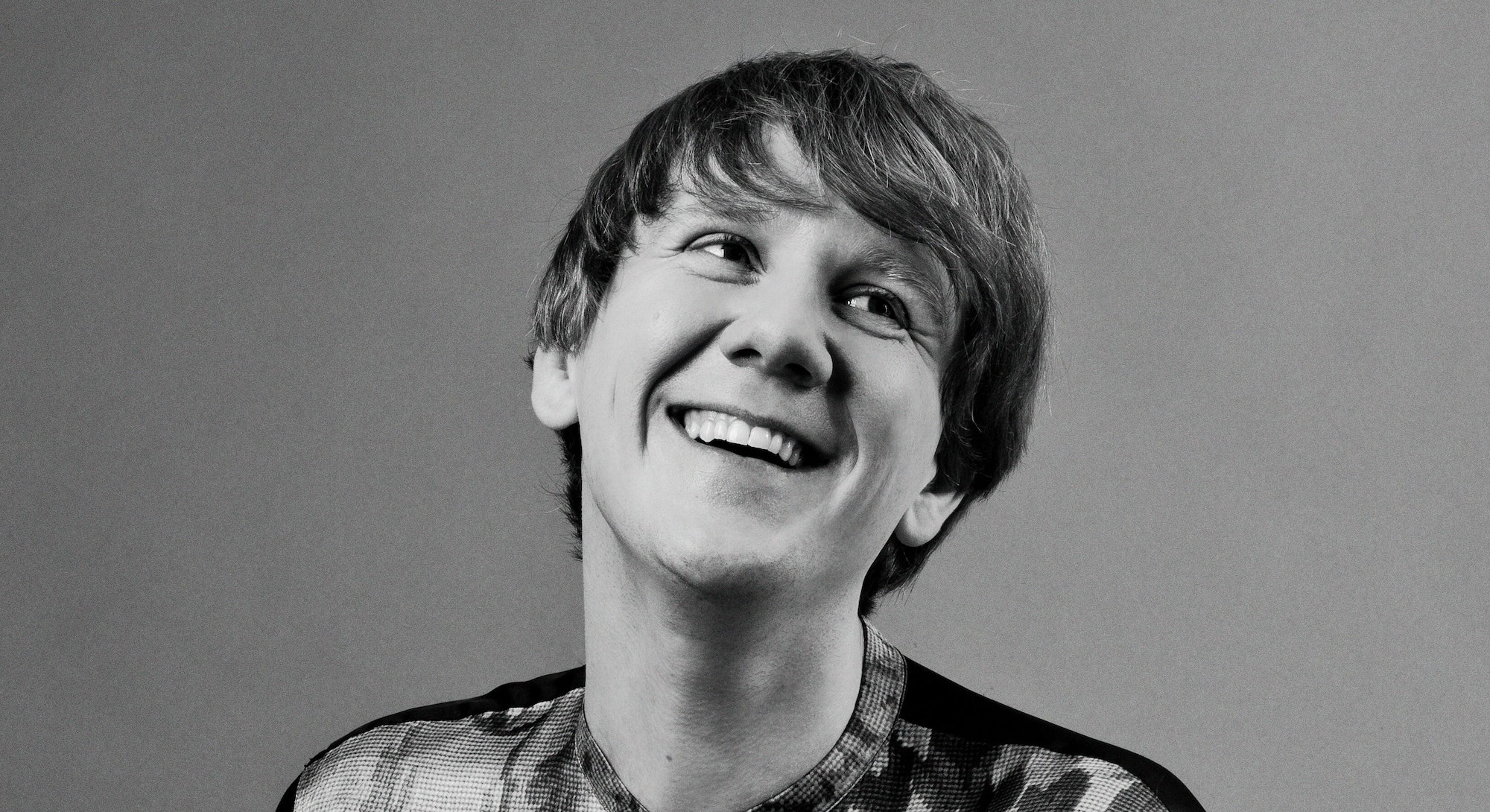 Josh Thomas is exasperated. He's recounting the moment he discovered the five blue death feigning beetles he was keeping as pets escaped from their bowl, never to be seen again.

"I just really thought I was giving them a nice life," he says, sitting next to me at the bar of The Beekman hotel in New York City. "It was just surprising to learn bugs like freedom so much. I didn't know they had so much going on in there." It's been months since the mass beetle exodus from his home in LA, and Thomas is still confounded. He takes a sip of his vodka cocktail and sighs. "It's hard. Hard to be rejected by a beetle."

It shouldn't come as a surprise that Thomas, a 32-year-old Australia native, worries about losing the affection of insects incapable of feeling emotion. After all, he named his loosely autobiographical first TV series Please Like Me. Both the real Thomas and the characters he plays are in their element in scenarios like this, as hapless caretakers finding humor in situations of varying severity. As Thomas tells the beetle story at the bar, he begins to smile. He seems to know it's funny to interpret their departure as a personal rejection (he got his start as a stand-up comic, after all) but the grin lasts long enough to curdle into a grimace. The mourning is illogical, but he feels it all the same.

In Thomas' new Freeform show Everything's Gonna Be Okay, his character is tasked with caring for living things far more complicated than five beetles with an alleged craving for freedom. After the death of his father from cancer, twenty-something Nicholas (Thomas) becomes the legal guardian of his two teenage half-sisters Genevieve (Maeve Press) and Matilda (Kayla Cromer), who is on the autism spectrum.

But despite its grim plot engine, Everything's Gonna Be Okay is hardly a downer. Real tragedy may loom in the margins of both of Thomas' shows (Please Like Me opens with Thomas' character learning that his bipolar mother has attempted suicide, an event based on his own life), but it never overshadows the everyday joys and disappointments. A perfectly off-pitch joke punctures an otherwise dour funeral scene; a bitter breakup reaches a denouement when both parties recognize the irony of some Justin Bieber lyrics on the radio.

"I just want to represent my own experience... I think funerals often have really big, beautiful moments in death."

While Thomas trades on the humor innate to our darkest times, he bristles at descriptions of his shows as dark comedies. "The morbid thing is never the joke," he says. "I just want to represent my own experience. In my own real life when [there was tragedy], there's always really good moments of joy. I think funerals often have really big, beautiful moments in death."

Everything's Gonna Be Okay isn't autobiographical, but the characters are sharply drawn and their storylines deeply felt. Extensive research went into writing the autistic character of Matilda and casting a neurodiverse actor in the role — but centering the story around the growing pains of two teenage girls felt like a natural choice.

"I have older sisters, but like, I was a teenage girl," Thomas says, adding that most of his friends in high school were girls. He imbues plenty of his own experiences in his teenage characters, from the sardonic Genevieve to queen bee and all round bad influence Tellulah, to Barb, the timid and ever-present follower. "I was every one of those girls at some point," Thomas says with a grin.

That lived-in empathy is also awarded to the kinds of characters that Thomas, who is gay, admits he has difficulty writing: heterosexual men. More specifically, the popular, usually straight jocks who rule the high school ecosystem. Even when they're positioned as the bullies opposite his scrappy protagonists, Thomas never paints them as downright malicious — when Matilda confesses her feelings to her jock crush, he lets her down with an even-handed maturity that Tinder bros around the country could stand to learn from.

"I feel like everyone's well intentioned, right? So I never try to make someone a villain," Thomas says, calling the depiction of Niamh, a minor character in Please Like Me, as a "blanket mad villain" his biggest regret from that series. "In my whole life, I can think of one outright villain.... We try and make sure if someone's being bad, you kind of understand why."

When it comes to the characters he plays, though, Thomas prefers them to be a little bad. "I don't know why I always make my character the meanest," he says. "Of course I can make him a paramedic that saves lives or a firefighter always rescuing kittens... but that's a pretty gross thing to do," he says. "Probably I'd make more money [if I did] and everyone would think I'm such a nice guy, but it just seems tacky to me."

One downside of writing based on your own experience is the feedback can feel extra personal. "I thought Nicholas was like my best version of myself," he laughs. "But then [critics] keep saying he's a narcissist. But then I worry about how narcissistic I am in real life." He keeps going back and forth. "I think he's quite generous," he says, pointing out that despite his flaws, Nicholas gives up his whole life to become his half-sisters' legal guardian. "I always get worried I made him too nice, you know?"