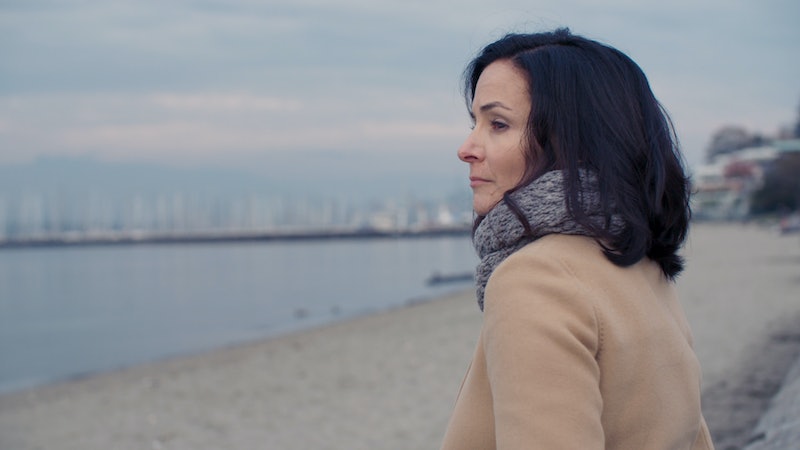 Three days before its Season 1 finale, HBO's expository docuseries about the NXIVM cult, The Vow, has been renewed for Season 2. According to The Hollywood Reporter, The Vow: Part 2 will "offer an exclusive view into Raniere's innermost circle," continuing to delve into the stories of top NXIVM leadership and members of DOS, a subsect of the group accused of sex trafficking and human branding. It will also follow the "legal and emotional journeys of the group’s founders" as "new evidence and stunning revelations come to light."

This builds on Season 1, which is rooted in the experiences of Sarah Edmondson, Mark Vicente, and Bonnie Piesse, three former members of the cult’s inner circle who can’t possibly represent the myriad experiences of the 18,000-plus people involved in NXIVM. “We reached out to everybody involved — many people, on all sides of the story — and we are continuing to film,” filmmaker Jehane Noujaim told Variety in September, a few weeks after The Vow’s premiere.

This means Season 2 will assumedly include the trials and sentencings of NXIVM leaders who've since been indicted, such as Keith Raniere, who masterminded the group, and Smallville actress Allison Mack. Notably, Seagram heiress Clare Bronfman, who contributed upwards of $150 million to NXIVM alongside her sister Sara, was sentenced in September to over six years in prison for fraud after refusing to disavow Raniere. “NXIVM and Keith greatly changed my life for the better,” Bronfman wrote in a letter to the judge.

There are reports that a team from The Vow was on hand to capture events outside the courthouse that day. According to Frank Parlato, a blogger and former NXIVM employee who's been tracking the case closely, cameras first approached Susan Dones, whose dealings with NXIVM were highlighted in The Vow Season 1. Parlato reports that Dones waved them off, but there's certainly still enough to cover in Season 2. And with Raniere expected to be sentenced on Oct. 27, the story of NXIVM continues to evolve. If the first nine episodes examine the harm Raniere and his cult inflicted on NXIVM members, Season 2 might just be the story of how justice eventually prevailed.