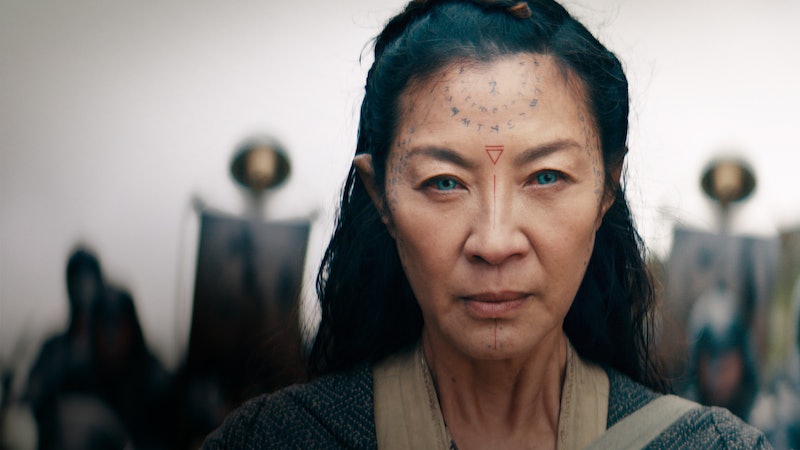 Set in an elven world 1200 years before the events of the flagship Netflix series, The Witcher: Blood Origin centers on seven outcasts who “unite against an unstoppable power that took everything from them,” giving rise to a prototype witcher. The ensuing conflict brings about the Conjunction of the Spheres, which merges the worlds of monsters, humans, and elves — something that was only vaguely explained in author Andrzej Sapkowski's book series from which the series is adapted. Though Netflix has yet to renew Blood Origin for Season 2, there are already a few factors working against that possibility.

First of all, the streaming service has billed Blood Origin as a limited series, and the original six-episode order was reduced to just four episodes. “This felt like a two-part movie. You never want to be watching a movie going, ‘I love this movie.’ And then you start to look at your watch going, ‘Oh, please end soon,” creator and showrunner Declan de Barra explained to Tudum in September. “I never wanted there to be any moment where we’re just stringing the audience along to have an episode.” The four-episode structure “happened organically” in the edit room, de Barra said, adding, “I wanted it to be a punch in the face, so that you can’t take your eyes off it.”

Though he feels Blood Origin has a definitive end, he told EW that a second season “would be up to the fans.” After all, there is precedent for limited series returning (see: HBO’s Big Little Lies). As you await a potential renewal announcement, here’s everything else to know about a potential second season.

Even if the show doesn’t return for a second installment, fans will still see certain characters again in other works within the Witcher universe. As the Blood Origin post-credits scene suggests, the original series’ showrunner, Lauren S. Hissrich, confirmed that Avallac'h and Eredin will appear again in the future. There’s also hope for Driver’s character, Seanchaí. “When we meet her, she says she travels through time and space, that it's her job to make sure this story isn't forgotten,” Hissrich said in an interview with Kultura. “All the time, even now that we're starting to write scripts for The Witcher Season 4, we're talking about how we can reintroduce this character. So I definitely agree with you and would love to meet her again.”

Since this prequel is based only on a few lines from the books, the source material provides few clues of where the storyline might go next. However, the aforementioned post-credits scene at least offers some teases about what could happen on future seasons of The Witcher. The clip shows footage of Freya Allan’s Ciri from The Witcher Season 1. The twist? She’s being watched by Avallac’h, who time-traveled to the Cintran courtyard, wearing the same outfit he had on in the previous scene that took place 1,200 years earlier.

If a potential followup followed the release pattern of The Witcher, there would be about a two-year gap between seasons, indicating a December 2024 premiere date. After all, Blood Origin wrapped filming in November 2021, making the prequel’s post-production journey to your Netflix queue stretch to more than a year.

This post will be updated as more The Witcher: Blood Origin Season 2 details become available.

More like this
Netflix Shut Down 'Bridgerton' S3 Rumours About A “Very Dark” Storyline
By Bustle
'The Queen’s Gambit' Season 2 Tweet Wasn’t From Anya Taylor-Joy
By Mary Kate McGrath, Jack Irvin and Grace Wehniainen
Here’s What Happens To Bill & Frank In 'The Last Of Us' Video Game
By Brad Witter
'The Crown' Season 6 Has Suspended Filming "Out Of Respect" For The Queen's Death
By Bustle Staff
Get Even More From Bustle — Sign Up For The Newsletter
From hair trends to relationship advice, our daily newsletter has everything you need to sound like a person who’s on TikTok, even if you aren’t.