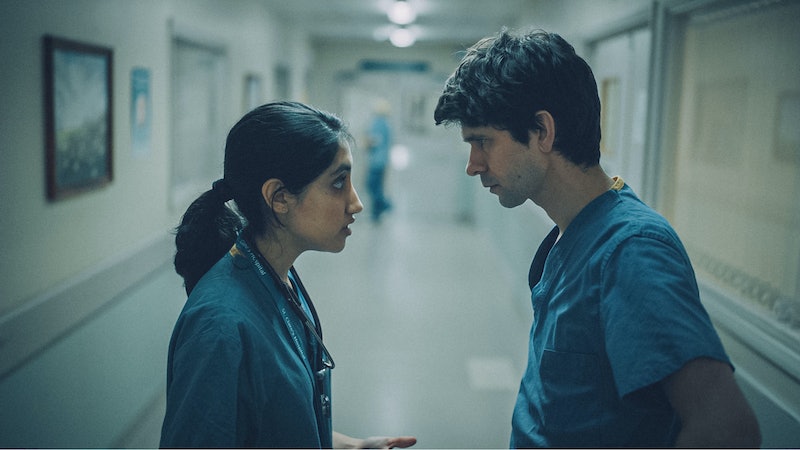 Yet another groundbreaking novel has been given the TV greenlight in 2021. Up next for BBC One is the adaptation of doctor-turned-comedy-writer Adam Kay’s widely bestselling memoir, This Is Going To Hurt: Secret Diaries of a Junior Doctor. Starring A Very English Scandal’s Ben Whishaw, the series follows a highly-stressed doctor navigating the “the 97-hour weeks” and “life and death decisions” of the job, all the while “knowing the hospital parking meter is earning more than him”, as the synopsis describes.

The upcoming series is considered “hilarious”, “enragingly political”, and “at times devastating”, and, therefore, an absolute must-watch. Ahead of its 2022 release, here’s everything you need to know about This Is Going To Hurt.

This Is Going To Hurt Plot

This Is Going To Hurt is based on Kay’s award-winning memoir of the same name, which frankly (and hilariously) details events in his life as a junior doctor before he hung up his stethoscope and became a comedy-writer in 2010.

In the seven-part series, which was written and produced by Kay himself, Whishaw takes on the role of Adam, a doctor on a gynaecology and obstetrics ward who is described as “junior enough to suffer the crippling hours, but senior enough to face a constant barrage of terrifying responsibilities”, meanwhile bright junior doctor Shruti (played by Ambika Mod) finds the job throws her into “chaos” and “doubt”, despite her natural talent as a doctor.

Kay previously described the book, which contains his real diary entries, as “a love letter to the NHS”. Similarly, the series will serve as a stark reminder of the vital role played by the NHS, according to the BBC’s synopsis, which refers to the series as “a clarion call to support our medics, a message that is more urgent than ever”.

Speaking to GQ about the book in 2020, Kay said his reason for sharing his junior doctor diaries was “to amplify a relatively quiet voice”, adding, “because if you’re working 100 hours a week in a hospital, you’re unlikely to be able to shout that loudly”.

This Is Going To Hurt Cast

This Is Going To Hurt Air Release Date & Trailer?

This Is Going To Hurt is going to air in 2022, however an official release date has not yet been confirmed. Ditto for the trailer, but you can be sure that this post will be updated as soon as more info is available.

This article was originally published on Sep. 2, 2019