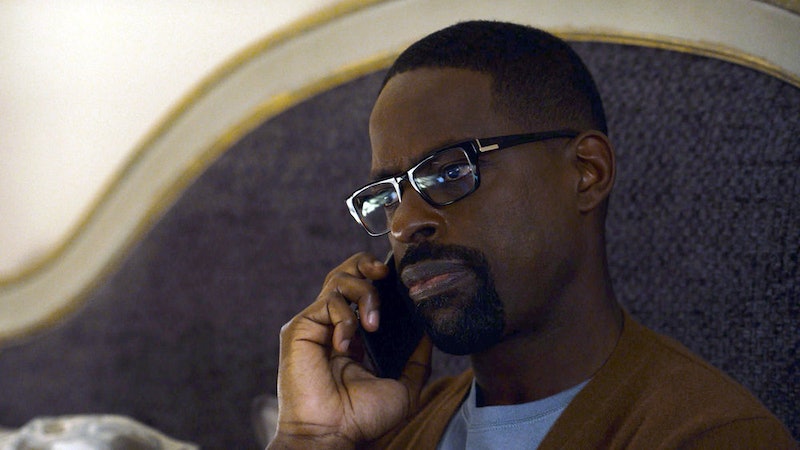 Spoilers ahead for This Is Us Season 5, Episode 5. We finally have our answer about Randall's mother's fate on This Is Us, and it turns out Laurel is indeed dead in the present day timeline. Although she survived her initial overdose in 1980 and went on to live a very full life, she died in 2015 from breast cancer. Randall learned this from Hai, his mother's longtime friend. Hai tracked Randall down after seeing a viral video of him talking about his birth parents. But even though one big mystery about Laurel has been solved, there's plenty more that Randall and viewers still need to learn.

To get more answers, Randall decides at the end of Tuesday's episode to visit Hai in New Orleans. Next week's episode is titled "Birth Mother," and the description reads, "Randall uncovers new truths about his past." One thing fans are hoping to learn is what happened to Laurel immediately following her near-fatal overdose. Hai told Randall that William wasn't lying when he said he thought Laurel died that day in 1980. William left before Laurel woke up, and apparently she left before he could return. She seemingly never told him that she survived the next 35 years, but she did tell Hai about both William and Randall, and Hai said he'd been waiting years to tell Randall everything — he just hadn't known where to find him.

For Randall, learning that his mother lived decades longer than he thought only to also learn that she'd still died before he could meet her is devastating. Her death came about a year before the events of This Is Us Season 1, when Randall finally tracked down his birth father only to learn that he was also dying of cancer. Can someone give Randall a break, please?

Now Randall is heading off to meet Hai, who has promised to show him "the places [Laurel] lived [and] the things she loved." Hai and Laurel became friends in their 20s and remained close until her death; he told Randall that he was with her when she took her last breath. So Hai will be able to fill in all the gaps of Randall's mother's life after she gave birth to him.

In a recent interview with Entertainment Weekly, This Is Us showrunner Dan Fogelman promised that the mystery of Laurel's fate is over and more answers are coming. "In short order, a full, beautiful story is going to be told. I think it will be a satisfying and elegant answer to a lot of stuff, as opposed to something that necessarily begs more questions."

In another interview with the same outlet, executive producer Ken Olin added that "Randall [will] find out a lot of things that he wouldn't have known otherwise" thanks to this trip he's going to take to meet Hai. "He goes to another city, and from there begins to put together this story that he never knew. And he makes certain assumptions about William, about [Laurel], that he begins to discover that there are other truths that he didn't know," Olin said.

Randall may have been waiting 40 years for those truths, but viewers just have to wait one more week for Episode 6.

More like this
‘SNL’ Finally Spoofed Nicole Kidman’s Weirdly Beloved AMC Ad & Nailed It
By Stephanie Topacio Long
Shonda Rhimes' Net Worth Makes Her One Of The Wealthiest People In TV History
By Hugh McIntyre
The Best 'Grey's Anatomy' Intern Moments, From MAGIC to Glasses
By Grace Wehniainen
'The White Lotus' Season 2 Trailer Teases Multiple Affairs & Another Dead Body
By Bustle Editors
Get Even More From Bustle — Sign Up For The Newsletter