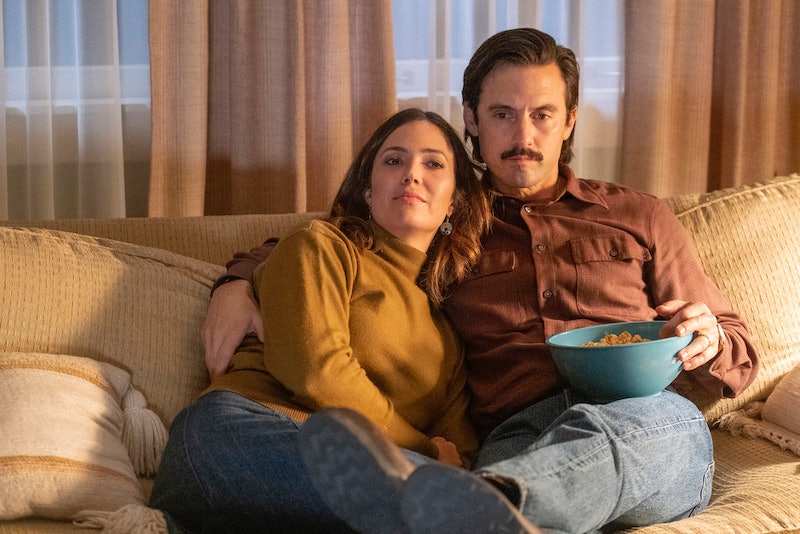 The Pearsons are about to take on a brand new challenge: the coronavirus pandemic. Series creator Dan Fogelman took to Twitter on Sunday, Aug. 16, to reveal that This Is Us will address COVID-19 in Season 5 at some point during the show's present-day timeline. “Yes on Covid," Fogelman shared on Twitter when asked by a fan if the subject of the coronavirus would be brought into the fictional universe. "We've decided to attack things head on. Very proud of @ThisIsUsWriters.”

Unlike several other TV shows that were forced to end their seasons early due to COVID-19, which promptly brought all on-going productions to a crashing halt in the spring, This Is Us was able to air its fourth season in its entirety; however, the start date of Season 5 currently remains unknown as production has yet to begin and no official premiere date has been announced by NBC.

But despite when and how the series decides to tackle the real-life pandemic currently sweeping the nation, Fogelmen also went on to assure his followers that this unexpected plot development won't impact how he ultimately plans to have the series come to an end when all is said and done. "Same planned ending. Same route to get there," he added in the tweet.

Fogelman broached the subject of the coronavirus during a recent interview with Entertainment Weekly, admitting that it's been somewhat difficult to figure out how to incorporate this real world tragedy in a natural way. “It's a really huge challenge for us," he explained to the outlet. "I can't tell you the amount of debate that has gone into everything from our show existing in a world that corona has not happened, like many shows are going to choose to do, to making the entire first nine episodes all happening during a quarantine period in our off-season. We've been all over the map. I think we have a plan that splits the balance."

Sterling K. Brown, who plays the adult version of Randall Pearson on the series, also touched upon the matter while speaking to TVLine in June, noting that the virus wasn't the only relevant topic This Is Us could address, specifically citing the Black Lives Matter movement. "Number 1, there’s thoughts that were percolating in the writers’ room with regards to how and if to address the pandemic, right?" Brown stated. "And then over the past month/five weeks, there’s been, you know, since Ahmaud Arbery and Breonna Taylor and then George Floyd and others who went out before, right, there’s now like, 'How do we address this, too?'”

Bottom line: Season 5 is going to be even more heartbreaking than usual, which on this show is really saying something. But until production is able to finally get underway, all we can do in the meantime is sit back, wait, and maybe stock up on our tissue supply.