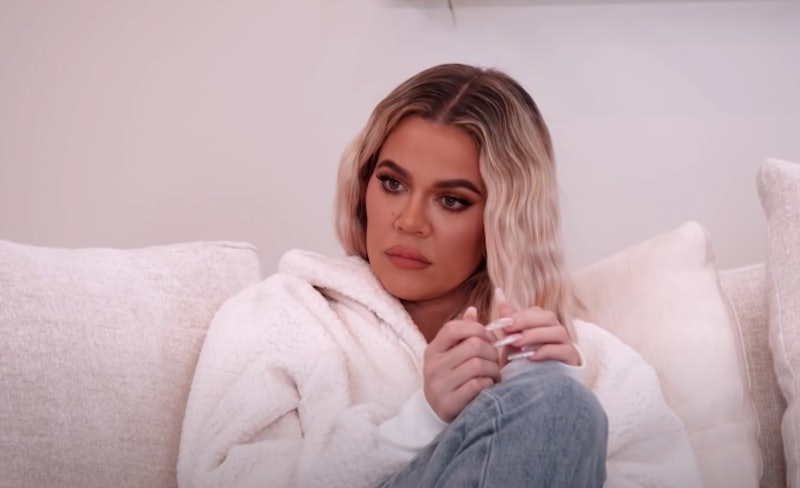 Keeping Up With The Kardashians/YouTube
By Jake Viswanath
Sep. 15, 2020

Keeping Up With the Kardashians has taken fans on a rollercoaster ride through the Kardashian family's weddings, divorces, and pregnancies. And even with the show starting to come to an end, they're showing no signs of slowing down. The newest KUWTK Season 19 promo even hints at a potential Kardashian pregnancy — yes, another one.

The upcoming season, premiering Thursday, Sept. 17, will see the family tackle a whole new wave of challenges. In the new promo, Scott Disick opens up about his recent stint in rehab (and how it was leaked to the press), Kendall Jenner seems to be going through a crisis, Khloe Kardashian questions ex-boyfriend Tristan Thompson's motives, and the family adapts to the COVID-19 pandemic and quarantine. The family even has a coronavirus scare, with Kim saying at one point that she's "super worried" Khloe might have contracted the virus.

Because of their status as one of America's most talked about families, fans already knew about a lot of the drama featured in the promo, except for this one huge bombshell: there might be a new Kardashian baby on the way. "Scott's like, 'We're going for baby number four'," Kim says in the promo. Disick and Kourtney Kardashian currently co-parent their three kids Mason, Penelope, and Reign together, but does she actually want another child with him?

Pregnancy speculation is pretty run-of-the-mill for Kourtney, who dismissed online speculation back in May when a fan commented "SHE'S PREGNANT" on one of her Instagram posts. "This is me when I have a few extra pounds on, and I actually love it," she responded, as per Insider. "I have given birth three amazing times and this is the shape of my body." However, Kourtney does seem to want another child at some point, telling fans in an Instagram comment back in April to "put the blessing out there."

Of course, Kourtney isn't the only one that has been subject to pregnancy rumors. Fans also started wondering if Khloe was pregnant after she posted photos of herself in flowy swimwear on Instagram on Sept. 7. While she didn't comment on the speculation herself, sources confirmed to E! News that Khloe is not pregnant with her second child. However, one source did tell the outlet that she was doing better than ever with Tristan, the father of her daughter True, saying the former couple "are both on the same page and are great at co-parenting together."