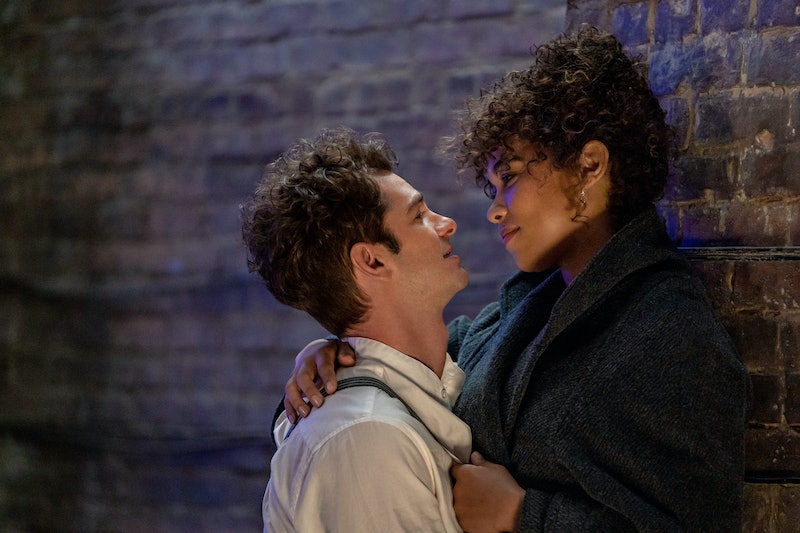 Netflix’s Tick, Tick… Boom! may be Lin-Manuel Miranda’s directorial debut, but the source material was around long before the Hamilton creator made his name. The film is adapted from a musical by composer and playwright Jonathan Larson, which Larson based on his own life — particularly, on a quarter-life crisis he endured while struggling to write a musical.

Miranda himself starred in a 2014 Off-Broadway production of Tick, Tick... Boom! as Jon — the role Andrew Garfield plays in the new movie — an aspiring writer and composer working as a waiter in New York City. But before that, Miranda saw the musical during its initial Off-Broadway run. “Tick, Tick… Boom! first entered my life in college when I was lucky enough to snag a seat at the Jane Street Theater in 2001,” Miranda told Deadline in 2018. “Jonathan Larson’s captivating storytelling in Rent first taught me that musicals could be contemporary, true to life, and depict your own experiences. But it was Tick, Tick… Boom! that solidified that drive in me to hone my own voice as a playwright.”

So who was the man that inspired Miranda to pursue a career in the musical theater world? Below, what to know about Jonathan Larson, including the origins of Tick, Tick… Boom!

Larson is best known for his musical Rent.

Yes, that Rent. In the late ’80s, Larson began working on what would become Rent — a rock opera based on Puccini’s beloved opera La Bohème, which he hoped would “bring musical theater to the MTV generation,” per The New York Times — with playwright Billy Aronson, though he eventually expanded the idea on his own. In 1996, Rent won four Tony Awards, including Best Musical, as well as the Pulitzer Prize in Drama.

The show premiered off-off-Broadway in 1990 under the title Boho Days. It was originally conceived as a solo performance, or as Larson liked to put it, a “rock monologue.” The show was later expanded into a musical featuring two additional actors playing various roles, and retitled Tick Tick… Boom! The plot is autobiographical, focusing on Larson’s struggles with anxiety, aging, and self-love.

He wrote several other musicals in his lifetime, but none of them made it big.

Larson is best known for Rent and Tick Tick… Boom!, but he also penned a myriad of other shows — none of which ever made it past off-off-Broadway. Among Larson’s additional works is a musical called Sacrimmoralinority, which he wrote in college, as are the shows Saved!, Superbia, and J.P. Morgan Saves the Nation, which were staged in New York. The Library of Congress in Washington, D.C. now holds the “Jonathan Larson Papers,” his collection of his written musicals, revues, cabarets, pop songs, and more.

Larson passed away tragically when he was 35 years old.

On Jan. 25, 1996, the night before Rent began its Off-Broadway previews, Larson died suddenly in his home due to complications from Marfan Syndrome. He was only 35 years old. The show continued, but Larson never got to witness Rent’s immense success and cultural impact.

A grant was established in his name to support emerging musical theater composers and writers.