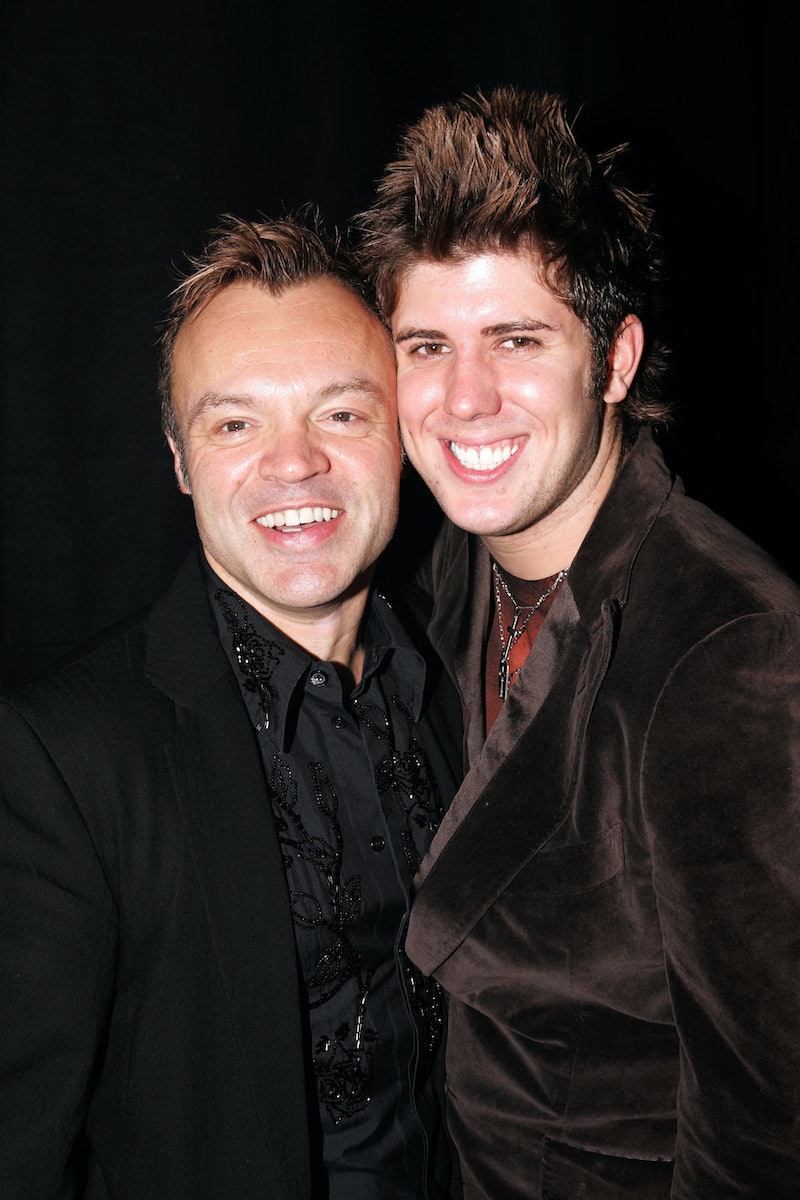 While getting ready for Social Media: The Unverified Rusical in the Feb. 19 episode of Drag Race, the Season 13 queens chatted about times they've gone viral. This prompted Rosé to bring up Tina Burner's very public relationship with Graham Norton. "Miss Tina, didn't you date somebody rather famous?" she asked, calling it a "fling of sorts." Tina pushed back. "First of all, I love how you say fling. I was in a relationship," she insisted.

Indeed, Tina — whose name is Kristian Seeber out of drag — dated the Irish TV and radio host in the early 2000s and even lived with him in London. According to Norton's memoir The Life and Loves of a He Devil, it was Tina who ended things, but she had only good things to say about her ex on Drag Race.

"Graham is so famous, he's at that level where your life is just like put on a platform. He's such a great guy and it never ever got to him. It was the most amazing thing," she explained. The attention certainly got to Tina, though. "I remember people passing judgement on me right away when they don't even know me: 'Are you after his money? Are you this? Are you that?' I mean people want to draw their own opinions," she said. Gottmik asked if there were any paparazzi photos of them and yes, there are plenty. Tina called them "horrible" thanks to her "flat ironed hair." At least she can laugh about them now.

In his book, Norton called their relationship a "whirlwind romance" and described Tina as “tall and broad-shouldered with an easy smile that took up half his face." Norton's friends didn't necessarily approve of Tina, but “what they couldn’t see was the special spark that fires within him," he wrote. Later, Norton said that if Tina “were to be judged solely on his behaviour, then I concede he was not great boyfriend material."

The pair dated for a few months before breaking up the first time, but they quickly reunited and Tina moved in with Norton across the pond. “The experiment lasted for about six months and it was a disaster,” Norton explained. Ultimately, Tina broke up with him over lunch, and Norton recalled walking home "finding some comfort in the fact that a man in his mid-forties could still feel such heartache.”

Since then, Tina has obviously become a successful drag queen in New York City and is finding her own place in the spotlight. Norton's thoughts? "It seems like the perfect job for him," he wrote. "He gets paid to show off and drink."