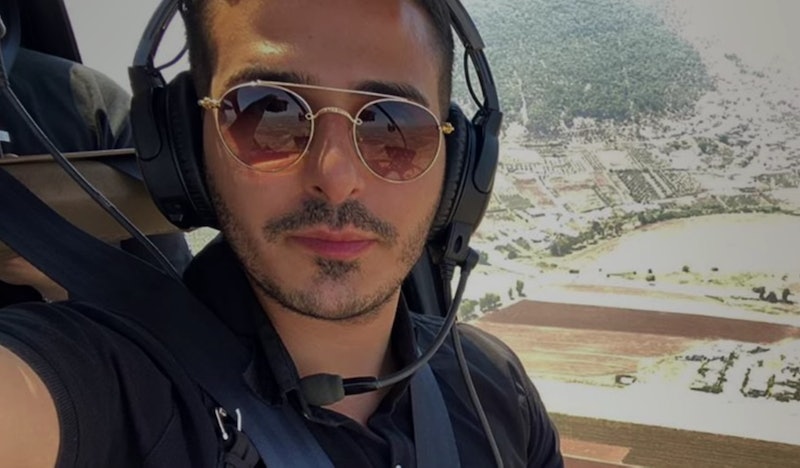 Since it first aired in early February, Netflix’s documentary Tinder Swindler has sent shockwaves across the internet. In it, three women — Cecilie Schrøder Fjellhøy, Pernilla Sjoholm, and Ayleen Charlotte — tell their stories of matching with, starting relationships, and ultimately being swindled by Simon Leviev, who was masquerading as the son of the billionaire diamond mine owner, Lev Leviev. Still claiming his innocence, Leviev has now dropped “his first” NFT collection.

Available on Opensea, the world's “first and largest” NFT marketplace, Leviev has dropped an NFT (non-fungible token) titled “Peter Hurt”. In the digital asset his bodyguard, Peter, is seen sitting in an ambulance with an open head wound.

Launching alongside the NFT, Leviev has also unveiled his own website, including a designated section dedicated to his own collection of merch. T-shirts emblazoned with slogans like “When Your Enemies Are After You And You Need 20k”, “My Enemies Are After Me”, and “If She Really Loves You She’ll Take Out A $20,000 Loan For You” in typical Word fonts for $28USD.

Leviev, who described himself as “a legit businessman” in an interview with Inside Edition, has also signed with talent manager Gina Rodriguez, who runs Gitoni and represents Mama June, in a bid to “break into Hollywood.”

In an Instagram post from Feb. 18, Rodriguez shared that she reached out to him: “I watched the Netflix show Tinder Swindler and it felt incomplete because we never heard the other side. The narrative seemed very biased and I couldn’t form an opinion instead I had more questions and I am a woman. This is why I reached out to @just_simon_leviev,” she said. “There are always 2 sides. Like or hate it, I want to hear his side.”

Per E!, Leviev wass reportedly working on a dating show, despite having been banned from the popular dating app where he reportedly met his victims and where the Netflix series gets its name. (Plus Hinge, though he was also spotted on Bumble.) The Sun also reported that Leviev is interested in a spot on Dancing With The Stars. Both projects have been refuted by his management to Bustle, saying: "Simon never said he wanted to do any shows as he is focused on telling his side of the story."