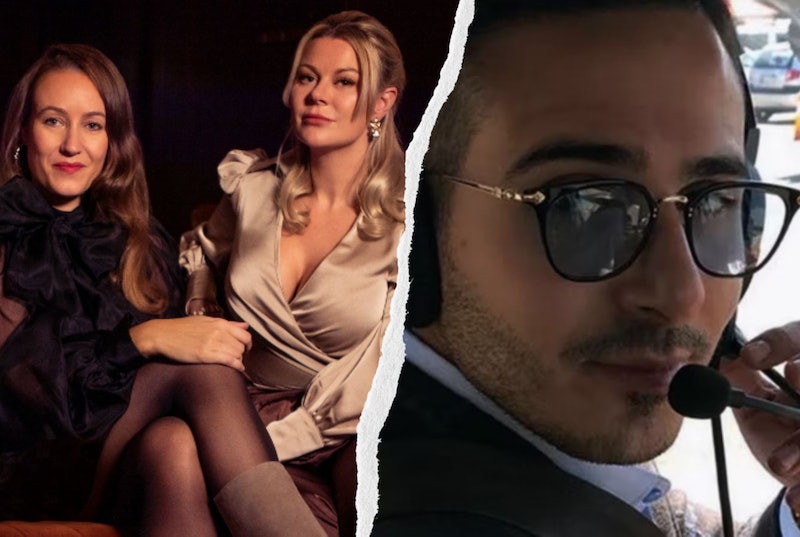 The subject at the center of Netflix’s The Tinder Swindler may still find himself back behind bars. Authorities in Spain issued an arrest warrant for Simon Leviev (real name: Shimon Hayut) for allegedly producing a fake driver’s license after getting his $100,000 Maserati stuck on a Tarifa beach in 2019, the UK’s Daily Mail reported on Friday, April 22. Though no charges were filed at the time, police recognized Leviev — who allegedly claimed to be a wealthy tourist named Michael Bilton at the time — after Netflix’s most-watched documentary to date premiered in February, and asked a Spanish court to reopen a criminal investigation.

After the Daily Mail report came out, Leviev told to TMZ that he’d already served time for using a fake passport in 2019 and didn’t believe he could be sentenced for the same crime twice. Meanwhile, his rep denied that there was ever a pending investigation following the 2019 incident, as had been reported. “The Daily Mail story is wrong,” Leviev’s rep said in a statement, adding that he’d simply “paid 100 euros and went on his way.”

Pernilla Sjöholm and Ayleen Charlotte, who, along with Cecilie Fjellhøy, were featured in The Tinder Swindler giving their accounts of their experiences with Leviev, celebrated the arrest warrant as a win, regardless. “When people ask me why I’m moving to Spain, it’s just a very good country in many ways,” Sjöholm wrote over a screenshot of the Daily Mail’s story in her Instagram stories. Charlotte, for her part, shared the same article on social media, adding, “This is the next step,” alongside a smiling face with halo emoji.

After all, Sjöholm felt betrayed when Leviev was released from prison in 2020 — just five months into his 15-month sentence on charges of theft, fraud, and forgery of documents. “It’s still my goal [to get Simon behind bars], I’m never going to give up on that,” she told the UK’s Metro in March. “For me, I sort of would feel happier with him being in a prison in Israel than in a nice prison in Sweden.”

Leviev was reportedly last spotted in Tel Aviv in early March, but the Daily Mail noted it was not immediately clear if the outstanding arrest warrant could lead to the convicted criminal’s detention in his homeland and eventual extradition. Though authorities have estimated that he scammed $10 million from women around the world, Leviev claimed in a February Inside Edition interview that he’s a “legit businessman” who’d simply gotten lucky by investing in Bitcoin in 2011.

“I’m not a fraud and I’m not a fake,” Leviev, who also revealed he was dating Israeli model Kate Konlin at the time, insisted. “People don’t know me so they cannot judge me. I’m the biggest gentleman in the world.”

Sjöholm, on the other hand, noted that she won’t rest until he’s brought to justice — whether that be in Spain or elsewhere.

More like this
Justin Timberlake’s ‘Candy’ Character Really Investigated Betty Gore’s Killing
By Brad Witter
The True Story Of Candy Montgomery From Hulu’s True Crime Series
By Radhika Menon
Betty Gore’s Daughter Honored Her After She Became A Mother Herself
By Brad Witter
The Richest 'Bling Empire' Cast Member Is...
By Hugh McIntyre
Get Even More From Bustle — Sign Up For The Newsletter