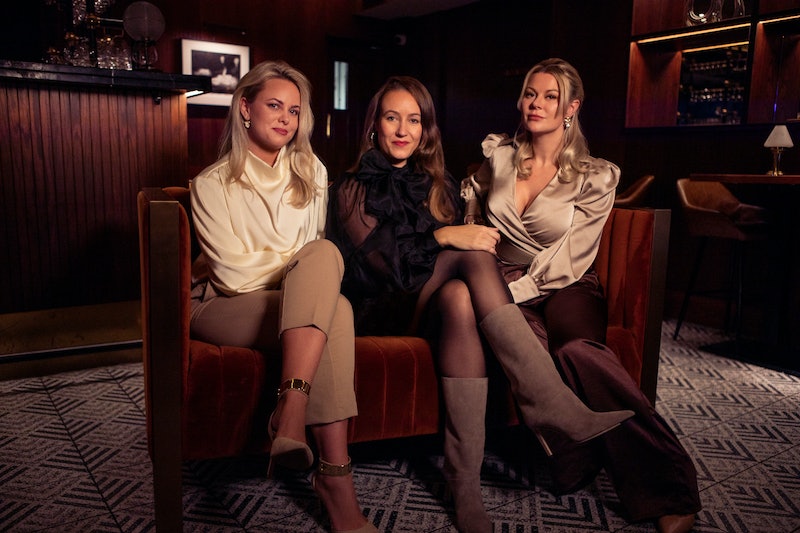 With its premiere on Feb. 2, the Netflix documentary The Tinder Swindler shined a light on fraud, specifically the alleged scams of Simon Leviev (real name: Shimon Hayut). The stories of Pernilla Sjohölm, Cecilie Fjellhøy, and Ayleen Charlotte formed the backbone of the film, and they detailed a pattern of love-bombing, lies, and financial destruction. But the trio hasn’t stopped at raising awareness — Sjöholm recently told the U.K.’s Metro that their goal is still for Hayut to face greater legal repercussions.

“It’s still my goal,” Sjöholm told Metro. “I’m never going to give up on that.”

As The Tinder Swindler showed, Sjöholm and Hayut formed a friendship after meeting on Tinder. Unbeknownst to her, he had fled Israel in 2017, where he’d been charged with theft, forgery, and fraud, per The Times of Israel. He’d also previously served two years in jail in Finland after being convicted of defrauding several other women there. When they met, he’d changed him name to Simon Leviev and was claiming to be the son of diamond billionaire named Lev Leviev. The real Leviev family is now aiding the Tinder Swindler trio in their hunt for justice, according to Sjöholm. (Hayut told Inside Edition in February that he’s “a legit business man” and “not a fraud” or “a fake.”)

“We’re very grateful for the help we’re getting from the Leviev family as well,” Sjöholm told Metro.

Through the fight, she, Fjellhøy, and Charlotte have formed a friendship. The trio bonded over the shared experience of giving Hayut thousand of dollars when he claimed his life was in danger and needed their help. It was their collaboration that later helped enable his arrest by Interpol and the Israel Police in 2019. However, when he was released from prison just five months into his 15-month sentence in 2020, Sjöholm told The Times of Israel it was like being “stabbed in the back.” She said they would “make sure he will go to prison for many years.”

“Myself and some other women filed lawsuits against him with the European Court of Justice and submitted complaints against him with Interpol,” she added. “Private investigators and Interpol people are waiting for him to leave Israel to arrest him.”

In the meantime, she, Fjellhøy, and Charlotte appear to see each other when they can. On Sunday, March 13, Sjöholm posted an Instagram story showing them spending time together in Amsterdam. It doesn’t look like they’re giving up on their shared mission anytime soon.

More like this
Tyler Barriss From ‘Web Of Make Believe’ Remains In Prison For Swatting
By Kadin Burnett
Is Ryan J. Vallee From Web of Make Believe Still In Prison?
By Kadin Burnett
Everything To Know About Netflix's Marilyn Monroe Movie 'Blonde' Starring Ana De Armas
By Grace Wehniainen
Netflix Settles With Mo'Nique After She Sued For Racial & Gender Discrimination
By Jake Viswanath
Get Even More From Bustle — Sign Up For The Newsletter