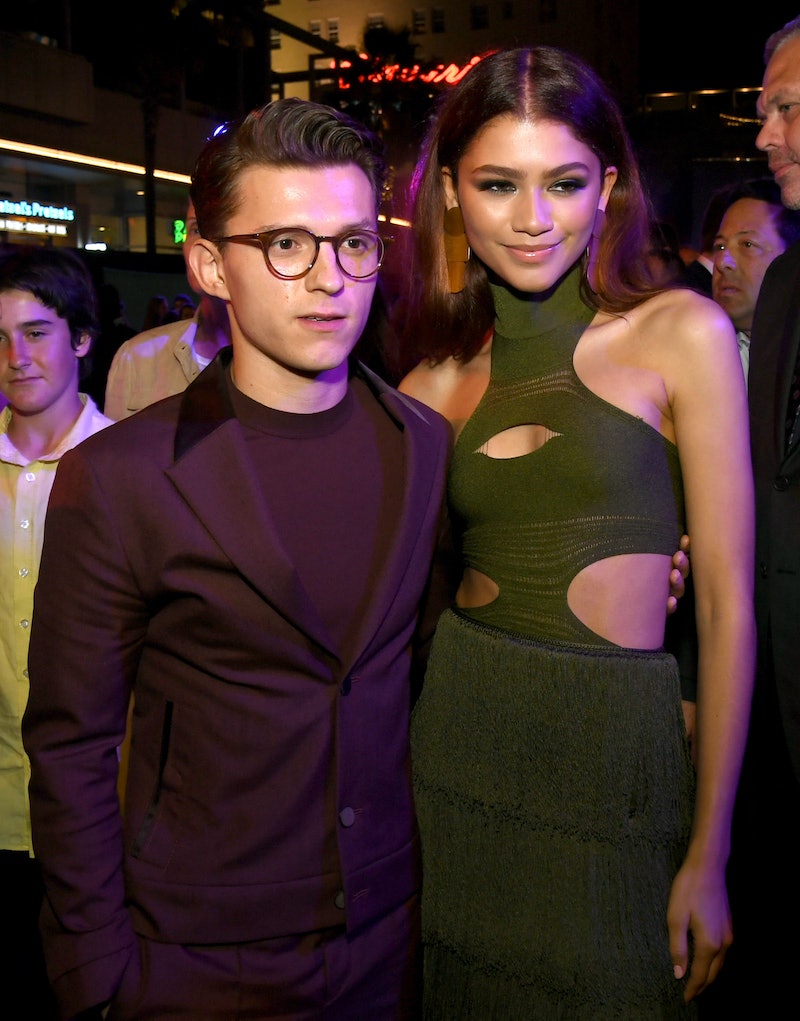 The road from co-stars to friends to more seems to have been a fairly smooth one for Zendaya and Tom Holland, but even so, there’s the occasional hiccup on set. While appearing on The Graham Norton Show on Friday, Dec. 3, the two opened up about how their height difference can make filming stunts complicated. Together, the Spider-Man: No Way Home stars recounted an adorable story in which Zendaya inadvertently ended up catching her superhero boyfriend, and they even gave a demonstration.

The two both laughed as host Norton brought up the issue with their height difference (she is about 2 inches taller) in stunts, and they noted it’s “good story.” Zendaya started it off and explained how a particular scene that went awry was supposed to work. “Spider-Man swings us on top of a bridge and he places me there,” the Euphoria star said. “He’s supposed to gently, you know, rest MJ on the bridge and walk away from her.”

In actuality, though, it wasn’t so easy to do because they were attached at the same level and her extra height meant her feet would hit the ground first. “Zendaya would land — and I’m the superhero. I’m supposed to look cool — and she would land, and then I would sort of land like this,” Holland said, getting up to demonstrate the awkward landing. “And my feet would swing from underneath me, and then she would catch me.”

The two recreated it through laughter, with Holland joking, “Stop doing that!” However, she said he was “actually very, very lovely about it.” Zendaya added, “You were like, ‘Oh my gosh, thank you.’” Holland assented, saying, “It’s so nice to be caught for a change!”

Their height difference has come into play on other occasions, too. When Zendaya had yet to secure her Spider-Man role, she had a chemistry read with Holland and was worried that she wouldn’t be chosen because of it. “I was worried because he’s so much shorter than me,” she told Variety in August 2017. “I was like, ‘Damn it! It’s going to be weird because I’m super tall.’ But then we ended up doing the audition sitting. So that was good.”

Clearly, it hasn’t been weird. The two had so much chemistry on and off screen that fans quickly started speculating about their relationship status. While at first they insisted they strictly shared a strong friendship, things did ultimately turn romantic. Holland and Zendaya got caught kissing by cameras in July 2021, which officially outed them as a couple. By November, they were ready to publicly attend an event as a couple and walked the red carpet at the Ballon D’Or ceremony in Paris, France.

As of now, they appear to be going strong — and it’s got to help that each can rely on the other to catch them when they need it.