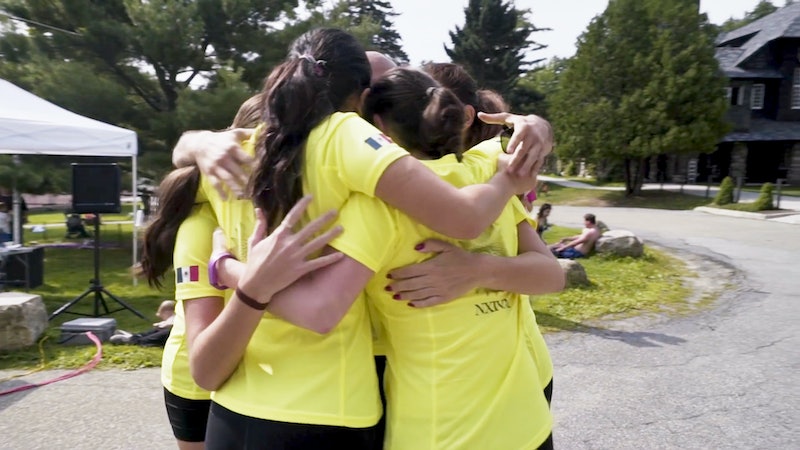 Toni Zarattini had been part of NXIVM's Mexico chapter for 13 years when he heard rumblings of a subsect within the group branding its female members. When he tried to bring attention to the issue among the members of his Monterrey chapter, however, local leaders discouraged him into silence. As Zarattini explains in The Vow, this led him to quit NXIVM, severing some of the most important ties in his life. Naively, he thought that would be the end of it.

According to The New York Times, Zarattini was instead sued for extortion. Mexican NXIVM leader Emiliano Salinas claimed Zarattini demanded cash payouts in exchange for keeping the group’s secrets, but a Mexican judge dismissed the case on the grounds of insufficient evidence. At the time, Zarattini likened the friends he left behind in the cult to kidnapping victims, telling the Times in 2017 that “their minds, their emotions have been taken for ransom.” It's a scenario with which Zarattini has intimate experience: a decade before he found himself in the litigious crosshairs of NXIVM, Zarattini was abducted and brutalized by a drug cartel. It was while he was recovering from his own 105-day kidnapping ordeal that he was introduced to NXIVM, according to a 2019 Facebook post.

Since leaving the cult, it appears that Zarattini has been forging a new multi-hyphenated career. Drawing from his own experience overcoming PTSD, he became a "life mentor" in order to help entrepreneurs resolve anger and succeed. He’s also a professional singer, and performed Nessun Dorma at a private event in Vista, California just last year among other gigs. Beyond that, Zarattini's social media accounts are crowded with photos of his hobbies. He's a self-professed dog-lover as well as an Enduro rider. His family owns a blueberry farm near Silao, Mexico.