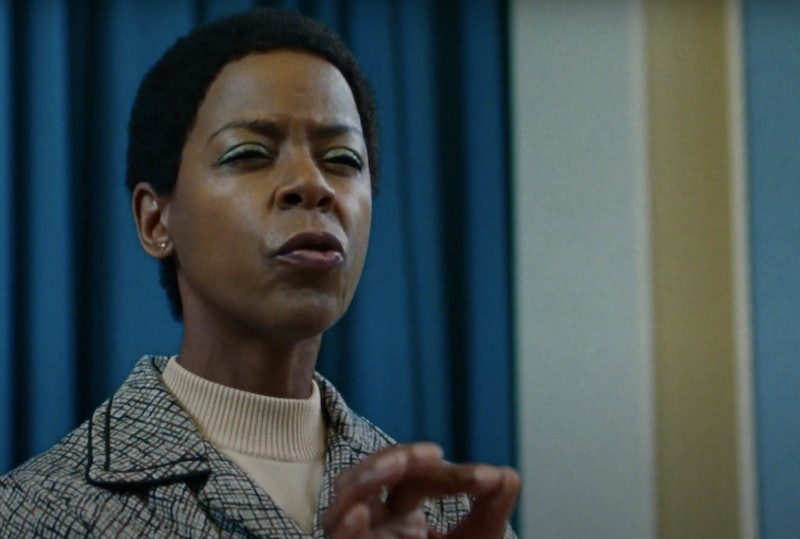 BBC One's Small Axe continues its retelling of Black British history with its fifth and final film Education. Out this Sunday (Dec. 13), it sees 12-year-old Kingsley (played by Kenyah Sandy) transferred to a special-needs school for disruptive behaviour in class. However, after noticing an unofficial segregation policy at play, a group of West Indian women "takes matters into their own hands." Inspired by real events, the trailer for Small Axe: Education is out now and it looks to be a powerful watch about bias.

Directed by BAFTA-winning filmmaker Steve McQueen, the series' short trailer sees Kingsley, a happy schoolboy "with a fascination for astronauts and rockets" enjoying activities with his peers. However, it quickly turns dire when Kingsley is sent to the Headmaster's office.

"They say our children are too loud, or too slow, or too lively," comes actor Josette Simon's voice in the clip, as the drama unfolds. "The school system has a policy of targeting our children."

Her powerful speech ends in: "There is a deeply rooted cultural bias."

Set in London's Haringey during the 1970s, the clip offers a quick-fire glimpse of what's to come, including heart-wrenching scenes with Kingsley's family.

For director Steve McQueen, Education brought back memories of his own childhood, and the film is largely based on his own experiences.

“I had an unfortunate time growing up as a black child in the British Education system. Sadly, I was not alone," McQueen said in a statement sent to Bustle UK. "Before our research began, I had never heard of the ‘Educationally Subnormal Schools’ that were being formed in the 1970s in this country. As we dug deeper I realised there was a narrative within this neglect. I combined my own experience with the source material to tell the story of a young Kingsley.”