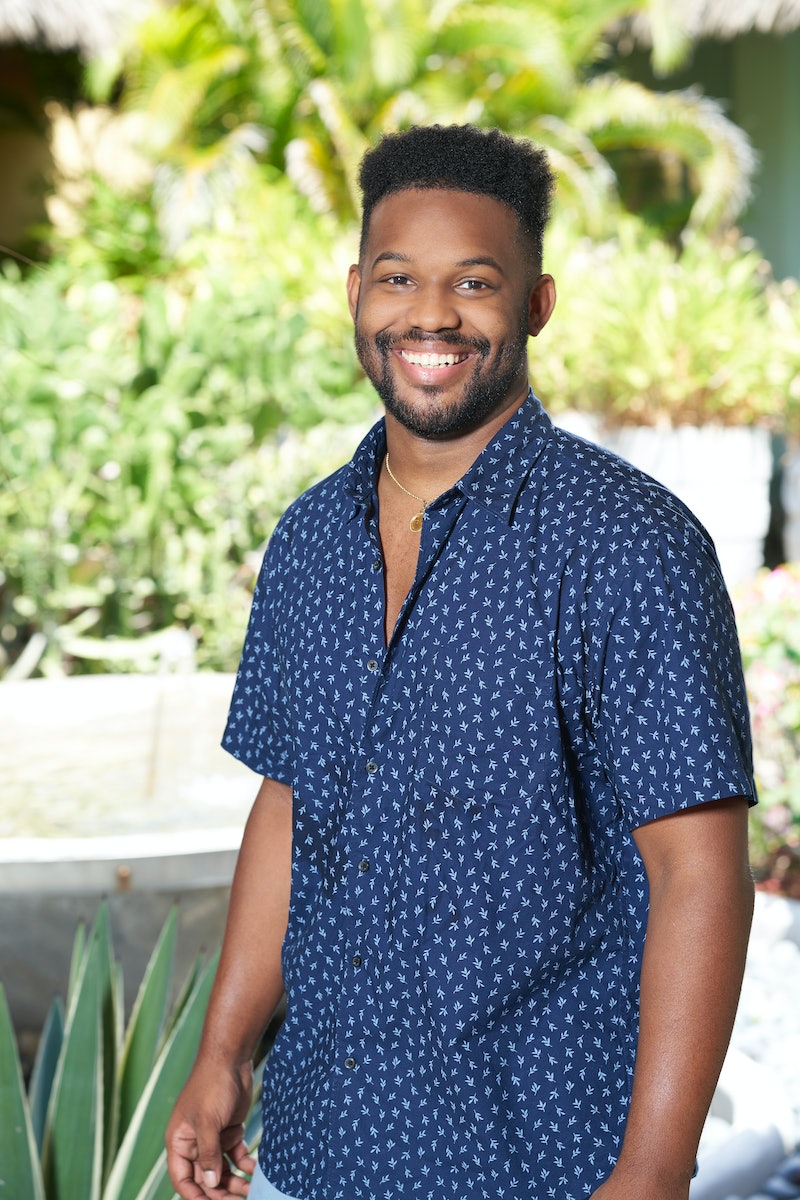 Bachelor in Paradise fans would likely agree that the best moment from the premiere was when Tahzjuan Hawkins nonchalantly revealed that she once dated Tre Cooper’s uncle. And while this shocking information didn’t stop the two contestants from making out on the beach, it did send Bachelor Nation into a spiral. For several days, fans of the show have been asking for someone — anyone — to share a picture of Tre’s uncle. And on Wednesday, Aug. 18, they finally got their wish.

“Too busy w work rn to think of a clever way to do this, so I’m just gonna drop this here and dip,” Tre wrote alongside a photo of his uncle. “To those who care, meet Uncle Anthony.” The 26-year-old software engineer also directed his followers to an Instagram video of his uncle vibing to music in his car. Inevitably, the big reveal sent social media over the edge. On Instagram, one fan asked if Tre needs a step-aunt while someone else referred to Uncle Anthony a “zaddy.”

It wasn’t just Instagram that was shook by the Uncle Anthony reveal; it was Twitter, too. “Tre we are gonna need to see the entire family tree,” @sarahbutwithanh tweeted. In response, the BiP star promised that he would work on getting a group photo together so that fans could take a good look at all of his relatives. “I got y’all at the next reunion,” he responded before confirming that he’ll be seeing his uncle next month.

Tahzjuan didn’t shy away from the Uncle Anthony discourse, either. The 28-year-old associate real estate broker popped into the replies with two laughing emojis when one fan said that they finally understand why she kissed Tre’s uncle. And when someone else asked which dating app Uncle Anthony was on, Tahzjuan made it clear that her lips were sealed by responding with a zipper-mouth emoji.

Tre and Tahzjuan didn’t say much else about Uncle Anthony, but that didn’t stop Bachelor Nation from posting memes about the big reveal. “Well I get why she liked both of you,” one fan tweeted alongside a video featuring one of the iconic facial expressions of The Bachelorette’s Justin Glaze. “I don’t know why I pictured Darryl from The Office,” someone else wrote.

While it remains unclear what the future holds for Tre and Tahzjuan on this season of Bachelor in Paradise, what we do know is that Tre would support his uncle if Tahzjuan won him over instead. “This was never a competition, that’s my blood,” he tweeted. “A win for him IS a win for me, and vice versa.”

More like this
Where Is Former Bachelor Host Chris Harrison Now & What Is His Net Worth?
By Hugh McIntyre
Everything To Remember About Lace Morris Before 'Bachelor In Paradise' Season 8
By Grace Wehniainen
William & Kate Shared How Their Kids Are Doing As They Mourn The Queen
By Stephanie Topacio Long
How To Apply For 'Survivor' & Tips On How To Get Cast
By Meg Walters
Get Even More From Bustle — Sign Up For The Newsletter