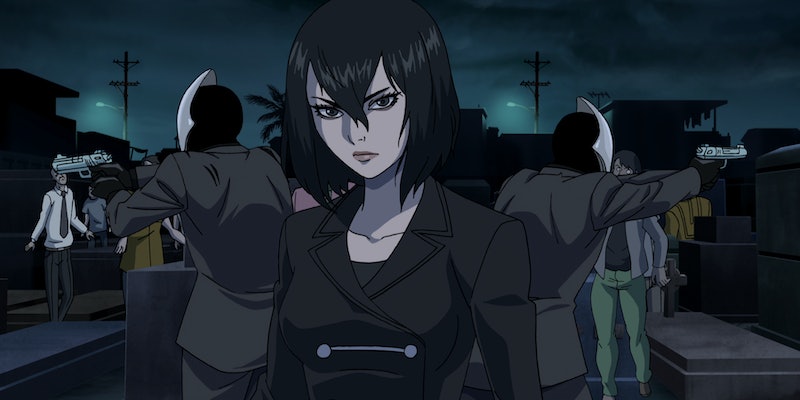 Netflix’s latest foray into anime comes in the form of Trese, a six-episode series based on a popular Filipino comic book by Budjette Tan and Kajo Baldisimo. The show follows Alexandra Trese, a private detective who investigates supernatural crimes in a version of Manila where creatures from Philippines folklore are real — and living amongst humans.

In the comics, Alexandra’s father Anton started training her to fight these not-so-mythical creatures at a young age, and since his death, she’s been grappling with the legacy he left behind for her. In between solving paranormal mysteries, Alexandra also reportedly runs her own nightclub — what better way to stay plugged into the Manila nightlife?

Trese will be released in both English and Filipino, with each version of the series featuring its own distinct voice cast. Though it’s unclear how faithfully Trese will follow its source material, the involvement of Tan and Baldisimo as showrunners suggests that the adaptation will satisfy fans.

Read on for a breakdown of the Trese English voice cast, many of whom are Filipino-American or Filipino-Canadian actors.

Though this is Mitchell’s first prominent voice acting role, she’s well-known for her work on Pretty Little Liars, YOU, and Dollface.

Since launching his career in musical theater with turns in How to Succeed in Business Without Really Trying and Hedwig and the Angry Inch, Emmy-nominated actor Darren Criss has starred in the television series Glee, The Assassination of Gianni Versace: American Crime Story, and Hollywood.

Manny Jacinto returns to screen following his breakout role on The Good Place.

Though best known as the lead singer of the Pussycat Dolls, Scherzinger also recently broke into voice acting as Sina in Moana.

Dante Basco has a long voice acting resumé. He’s best known for voicing Prince Zuko in Avatar: The Last Airbender and Jake Long in American Dragon: Jake Long, as well as for his live-action role in the 1991 film Hook.

More like this
You Might Want To Rewatch This Key 'On My Block' Scene To Understand 'Freeridge'
By Grace Wehniainen
'That '90s Show' Is Officially Coming Back For Season 2
By Gretchen Smail and Grace Wehniainen
The 'Freeridge' Cast Shared Their Hopes For A Potential Season 2
By Grace Wehniainen
Ashton Kutcher Wants Danny Masterson “To Be Found Innocent” In Rape Retrial
By Jake Viswanath
Get Even More From Bustle — Sign Up For The Newsletter
From hair trends to relationship advice, our daily newsletter has everything you need to sound like a person who’s on TikTok, even if you aren’t.