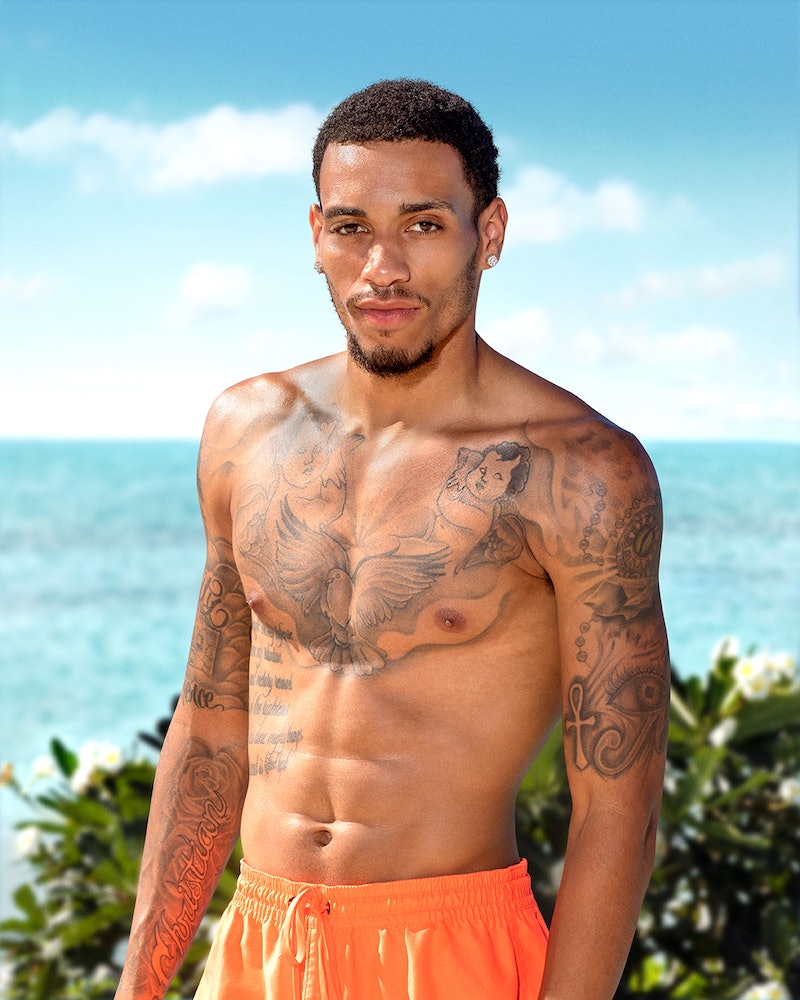 Another group of sexy singles are headed to Turks and Caicos for several weeks of hands-off romance. In Too Hot to Handle Season 3, a group of serial daters once again try to avoid Lana’s watchful, robotic eye as they vie for love — and the newly doubled $200,000 prize. One contestant who’s no stranger to shooting his shot is Truth, a 23-year-old basketball player from Texas.

Based on his bio, Truth is a player on and off the court. But he’ll “have a rude awakening when Lana introduces a brand new ball game.” Will he end up embracing the process and putting his womanizing ways behind him, or will he just lose everyone else a lot of cash? Here’s what to know about Truth as you watch his journey unfold. (Spoiler alert: his real name isn’t Truth; it’s Robert).

He Has Three Passions

“I love basketball, my family, and women,” Truth proclaims in an Instagram promo video for Season 3. He’s partial to one in particular. “Basketball is my first true love, and I’m still in love with it and I always will be ‘til the day I die. If I could marry basketball, I would.” According to his Too Hot to Handle bio, Truth is also a criminology student, though it’s unclear what school he attends.

With just shy of 140,000 followers and roughly 800,000 likes, Truth’s TikTok presence is nothing to sneeze at. His bio reads more like something you’d find on a dating app, stating only that he’s 6-foot-4 and lives in Houston. Like many men on TikTok who’ve made being hot their personality, Truth’s page is mostly comprised of thirst traps. He often posts videos of him smoldering into the camera, or else lip-syncing while smoldering into the camera.

His Instagram includes more of the same, featuring shirtless poses, mirror pics, and well, a combination of the two by way of shirtless mirror pics. Truth seems to be a man of few words: His captions are usually just an emoji or two or else, confoundingly, the hashtag “#explore.” “I am the truth and there can’t be another,” his bio reads. We’ll see if he’s as honest with his fellow contestants as his name suggests.

Is Truth Dating Anyone Now?

Like many of the contestants on Too Hot to Handle, Truth doesn’t seem too interested in real, genuine romance. “I’m having way too much fun with way too many women to settle down right now, I’m not ready,” he says in the promo, adding, “Women love me.”

It does look like he finds a connection on the show: In the Season 3 trailer, Truth plainly reveals that he and fellow contestant Izzy Fairthorne broke the rules and kissed. However, it remains to be seen if that was just a fleeting moment of temptation or if he’s pursued anything with her after the show. (Of note: Izzy lives in the UK, and it seems unlikely Truth would be interested in a long-distance relationship).