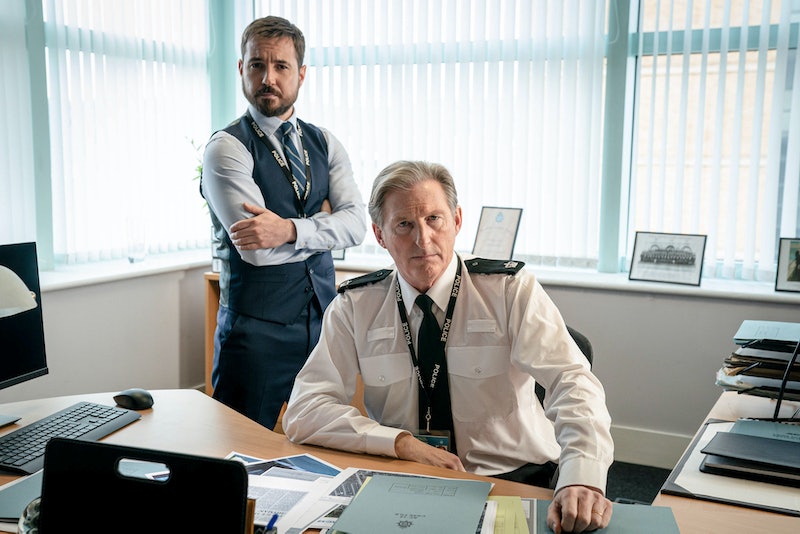 As crime dramas go, the UK boasts some of the best of the genre (not up for the debate, in my opinion). BBC One’s Line Of Duty currently has the nation gripped as the series returned after an extended hiatus due to the pandemic. With AC-12 back to chasing bent coppers and rooting out corruption, it’s safe to say the thirst for crime dramas is at an all-time high. For crime buffs and hardcore “whodunnit?” enthusiasts, here are 8 British crime shows for fans of Line Of Duty.

Starring Vicky McClure and Martin Compston, Line Of Duty fans have been gripped (and sometimes puzzled) by the current series, which was heavily delayed due to the pandemic. So far, it’s been as epic as expected — however, with only a few episodes left, many are wondering which shows could possibly fill the LOD-shaped hole in their lives again. Luckily, there's a strong roster of British police crime dramas to keep you guessing, gripped, and downright terrified available at the moment. What’s more, some of the best amongst the best are more than a couple of seasons deep, meaning your binge-watching schedule could last more than a few days.

To start you off, here are 8 British crime shows perfect for fans of Line Of Duty.