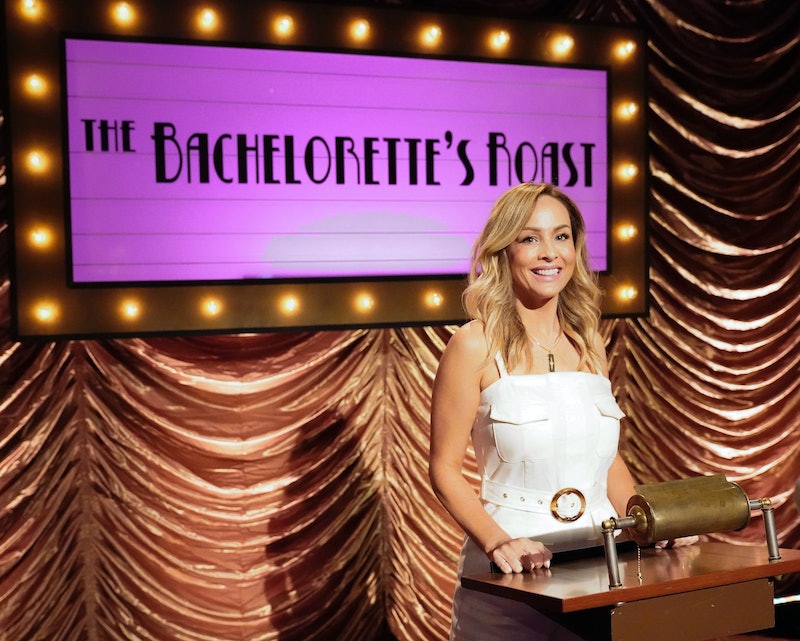 This week,The Bachelorette was pushed to Thursday to make room for election coverage. But by the time Thursday rolled around, votes were still being counted, Twitter was full-on spiraling, and we all had to tune into The Bachelorette and pretend like it was just a normal week of rosé and roses. It was both the crossover event that no one asked for and the one we all desperately needed.

Adding to the chaos, the episode at hand was the most anticipated of the season: aka the night Clare quit the show to be with Dale Moss and Tayshia Adams arrived to take her place. Some fans were eager to turn away from election news to indulge in petty reality TV drama, while others felt stressed and conflicted and sporadically tuned in and out. Either way, the irony of Clare tapping in a new Bachelorette while the United States potentially elected a new president was too much for Twitter to handle.

"It’s gonna take Nevada longer to count votes than it took this woman to pick a husband," wrote one viewer, referring to the fact that Nevada — a swing state — was still tallying votes while Clare had already picked her apparent life partner.

As anticipation for poll numbers lingered, there was concern that The Bachelorette would be interrupted by a national announcement, but Chris Harrison assured Bachelor Nation that the episode would air in full. "#TheBachelorette will air in its entirety," he tweeted. "If there’s breaking news @ABC will break in but you won’t miss a thing." Alas, there was no breaking news to share.

More like this
10 Photos Of The Wildest Limo Arrivals From 'The Bachelor' Premiere
By Brad Witter
Zach Swears He Didn’t Look Up Contestants Before The Bachelor Began Filming
By Brad Witter
All The Clues Clint & Gina Aren’t Still Together After 'MAFS' Season 16
By Brad Witter
Joey Essex Is Rumoured To Be Dating A 'Love Island' Favourite
By Sam Ramsden
Get Even More From Bustle — Sign Up For The Newsletter
From hair trends to relationship advice, our daily newsletter has everything you need to sound like a person who’s on TikTok, even if you aren’t.