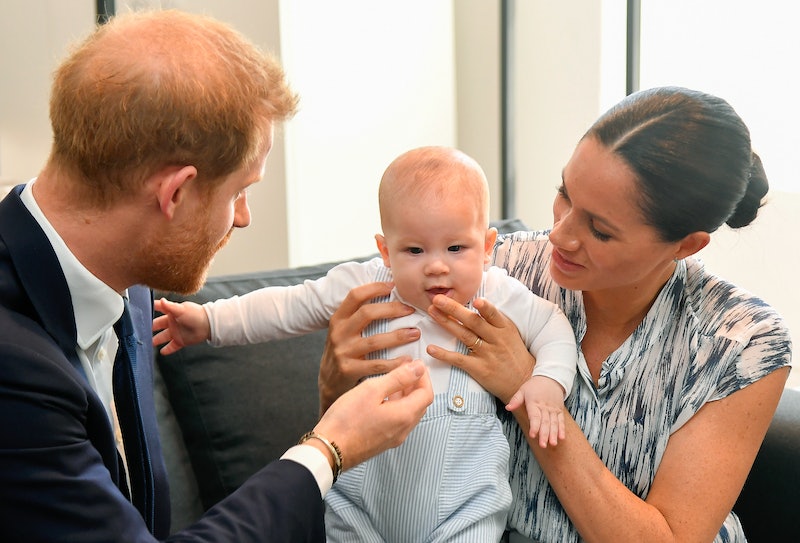 In true millennial fashion, Prince Harry and Meghan Markle left their steady jobs and have started a podcast. However, their Archewell Audio original release with Spotify might be one of the most hotly anticipated listens of the year. Their first episode was always going to draw attention but Archie’s appearance on the show has set Twitter ablaze – especially when it comes to debating whether he sounds American or British. While the toddler was born in the UK, he’s growing up in the U.S. and some have said, like his mum, he’s definitely got a California twang.

Prince Harry and Meghan released a holiday special episode where they talked about compassion and kindness throughout 2020. If you skip through to 31:55 they’re also joined by a very special guest. Baby Archie made his feelings about 2021 known when mimicking his parents he said “fun” and “happy new year.” He then burst into a fit of giggles and melted the internet's heart.

While some have argued that Archie takes after Prince Harry in the looks department, listeners took to Twitter to debate whether the toddler is picking up a U.S. accent. One wrote, “Ok, King Archie is a genius (we already knew that), he has an American accent (as expected), he is Harry 2.0. (this is disputed among the experts). But that laugh, that mischievous chuckle? All Harry!” Another said that there’s no denying that he sounds like Meghan, “Archie has a transatlantic accent cutie is a citizen of the world! I'm so happy on behalf of third-culture kids everywhere.”

However, other people said they could definitely hear a little bit of a British accent too. “Archie pronounced the word "New" with a perfectly enunciated Brit accent! But he laughs and giggles like a tiny California dude,” one listener wrote. Another said it was all too much, “That #ArchewellAudio holiday special was quite emotional...and Archie has British accent? And his laugh.”

What listeners can agree on is that Archie’s first foray into the world of podcasting was pretty damn cute.