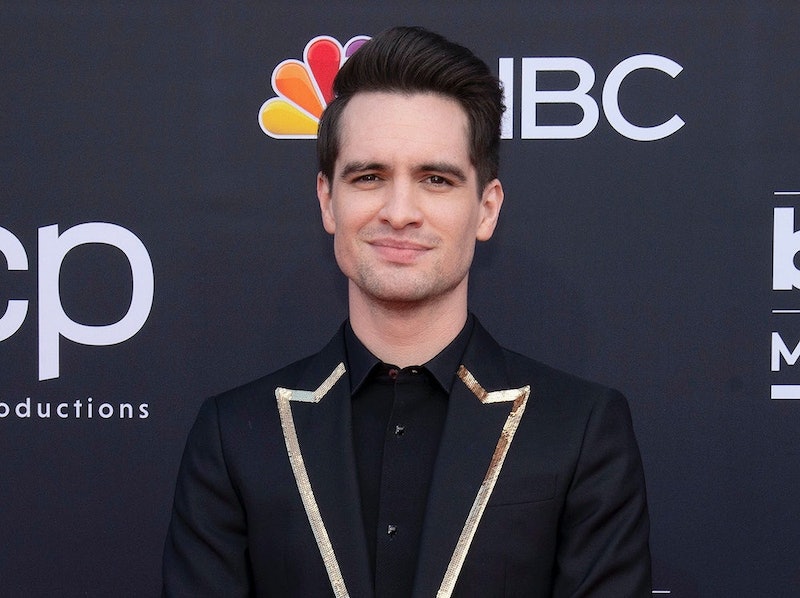 According to a viral new Twitter trend that emerged out of nowhere, Panic! At the Disco frontman Brendon Urie is responsible for all the turmoil in the world. The Great Recession of 2008? Urie's fault. The death of Adobe Flash? Urie's fault. The disintegration of One Direction? Blame it on Urie. The COVID-19 pandemic? Urie. While the musician has been laying low for the better part of the year (his last major project was a feature on Taylor Swift's 2019 single "Me!"), the singer has still somehow emerged as one of 2021's first faux villains.

It all began when Twitter user @razziplier tweeted out a message on Jan. 4, asking their followers to "normalize blaming brendon urie for things he didn't do." The request has since blown up on social media with various Twitter users chiming in with all the false and ridiculous ways that Urie has negatively impacted global history. Need someone to blame for the rise of YouTube star Logan Paul, the fall of the Roman Empire, or the extinction of dinosaurs? Urie is your guy.

So, why is Urie being blamed for all of our societal ills? User @razziplier shut down claims of "cancel culture" and explained that they, too, were once a major Urie fan. However, the singer's past behavior has proven to be too much. "I'm not cancel culture I literally stanned him for 3 years and defended his ass HARD," @razziplier tweeted. "He's not worth my defending anymore. he's problematic." In a separate tweet, @razziplier cited Urie's history of racism, transphobia, and sexual assault allegations as the basis of her viral Twitter trend.

Indeed, this isn't the first time the Panic! At the Disco frontman has been at the center of a Twitter controversy. #BrendanUrieIsOverParty trended last April after racist and transphobic remarks from the singer's past resurfaced. Additionally, Urie came under fire for race-related comments he made on a Twitch stream in March. Urie, who has not been active on social media since last June, has not responded to the viral trend. He also has not directly addressed the allegations leveled against him, resulting in backlash on Twitter and the birth of the hashtag #BrendonUrieSpeakUp last August.