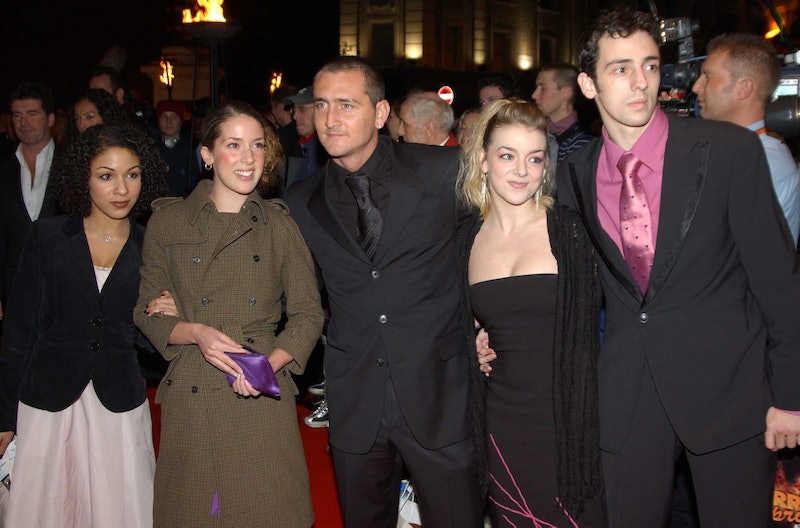 It’s been more than a decade since viewers last had their fix of Jonny, Janet, Gaz, Donna, and Louise from the hit BBC Comedy Two Pints Of Lager And A Packet Of Crisps. The UK classic, which first aired on the BBC in 2001 and ran until 2011, starred Ralf Little, Will Mellor, Sheridon Smith, Natalie Casey, and Kathryn Drysdale. Now the show is up for a reboot and it could feature much of the original cast.

Earlier this week, the show’s creator Susan Nickson confirmed the news during an appearance on the Drama School Dropout podcast, sharing that she’s currently in talks with the BBC, alongside actors Will Mellor and Ralf Little. However, she did say plans for the reboot are moving “extremely slowly.”

“We are talking to the BBC. They are a corporation and in a corporation, there are many cogs and those cogs move extremely slowly,” she explained, via RadioTimes. “So basically what you’ve got, it’s me, Will, Ralf and all three of us are just going, ‘Yeah, we’re here, we’ll do it,’ and the BBC are going, ‘Ah brilliant, yeah let’s do it,’ and I’m sort of sat here going, ‘Ok, when?’ and they go, ‘Well, we don’t know.’

In the podcast, Nickson confirmed the friends would touch on themes such as the Time’s Up movement and toxic masculinity however they wouldn’t be portrayed as “the bad guys.”

“I would like to pick up the story with two ageing working-class geezers in a pub combating the terrible things that we say about men at the moment,” she said, via RadioTimes. “Some men might not understand that the bad guys exist.

“I want to see the comforting story of people like Gaz and Jonny, who live in a world where bad guys don’t exist. I want them to acknowledge the bad guys are out there though, but I don’t want Gaz and Jonny to be them.”

Ralf Little also confirmed that the reboot would have to be “tweaked” for modern audiences.

“Gaz and Jonny were very laddy and of their time in the early mid-noughties – the world has changed, and for the better,” he said to Loose Women back in April 2021.

Fans of the show may remember that Little exited the show in 2007, and his character Jonny was subsequently killed off. However, this continuity issue doesn’t seem to phase the actors.

To mark the sitcom’s twentieth anniversary, both Mellor and Little starred in a hilarious Two Pints Of Lager sketch back in February, which revealed that Jonny wasn’t dead after all and instead on an extended vacation.

Speaking to ITV’s Loose Women, via The Metro, Mellor explained: ‘So if there is a chance that we do a spin-off, at least he’s not dead anymore. So we’ve opened the door. So we’ll see. Who knows?’