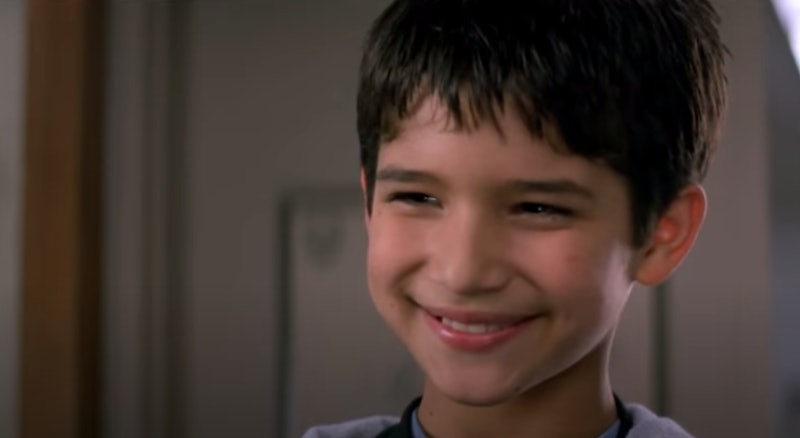 The list of OnlyFans celebrity users just keeps growing. On Monday, Sept. 28, Tyler Posey announced that he's joined OnlyFans at the behest of his followers. He shared the news via carefully edited Instagram video, which included a slightly provocative caption that will no doubt entice some of his followers to subscribe to his new adult content page. "You guys asked for it, and I supplied. I now have an only fans," Posey wrote. "Follow the link in my bio and come get wet with me! haha."

Celebrity profiles on OnlyFans have been the subject of quite a bit of controversy over the past several weeks thanks to Bella Thorne, who reportedly made a million dollars on the site in just one day. This prompted a great deal of blowback from sex workers, who fear celebrity involvement with the site will severely threaten their own income. However, that hasn't stopped other Hollywood stars from following suite, including Cardi B, Tyga, and now Posey.

Many of his followers may have taken a shining to Posey and his impressive abs when he starred on the popular MTV series Teen Wolf back in 2011. However, if you're a child of the '90s, you might remember him best for playing the adorable son of Jennifer Lopez in the film Maid in Manhattan. Yes, the sweet, innocent, 11-year-old boy who has trouble speaking in public from the 2002 movie is now posting NSFW content for all paying participants to see. Anyone else feeling super old right now?

But despite the fact that it's been 18 years since Maid in Manhattan came out, Posey still thinks back on those days fondly, even going so far as to post a little callback about the film over the weekend. "This is what I look like when I shave," Posey wrote alongside an image of himself, in all his scruffy glory, standing next to a huge TV that was paused on scene from Maid in Manhattan that featured his character.

It didn't take long for the comments of that throwback to be flooded with fans expressing their shock over the fact that these two figures are one in the same. Just wait until they hit play on his OnlyFans announcement video and see him playing his guitar naked.