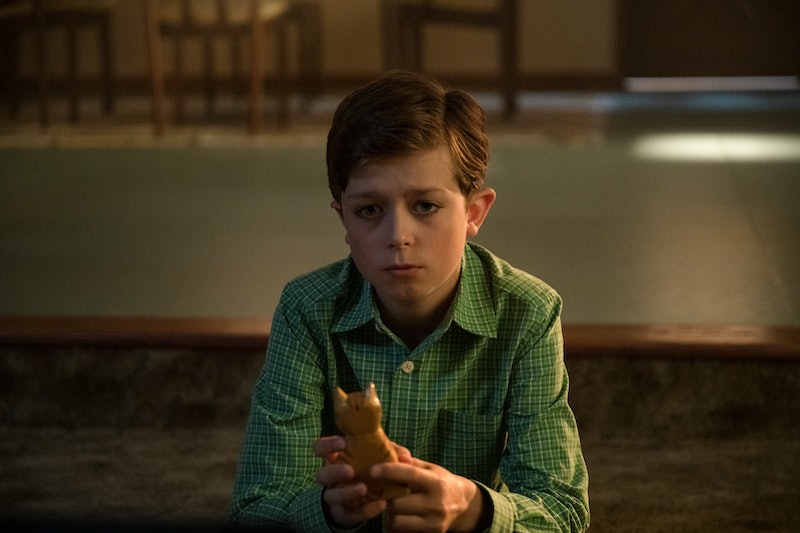 Five and his siblings manage to jump from 1963 to 2019 in the Umbrella Academy Season 2 finale, but their triumphant return ends up creating more questions than answers. They discover that their dad and Ben are alive, and a new school called the Sparrow Academy has been created in Umbrella Academy's stead. Beyond that, the whereabouts of several characters introduced in Season 2 are unknown, leaving the door open for a number of Umbrella Academy Season 3 theories.

Though you might be quick to look to Gerard Way and Gabriel Bá's comics for Season 3 clues, the show's second season marked a significant departure from the source material. Showrunner Steve Blackman took the bare bones plot of the second volume of the comics, Dallas, and mixed it with the third and current volume, Hotel Oblivion. Beyond that, Blackman created several new characters who may just play a major role in future seasons — namely Lila, the remaining Swede brother, and Harlan, who retained Vanya's powers in the end. Let's dive into the theories.

The Sparrow Academy was created in response to The Umbrella Academy

A popular theory is that Hargreeves created the new academy because he was utterly disappointed by the band of misfits he met in 1963. As one Redditor pointed out, Hargreeves purposely chooses six new kids to raise, which includes Ben because Hargreeves never saw him. He gets the academy he always wanted, and as a result never dies to reunite them for Vanya's apocalypse. The user also theorizes that Ben sports a scar because he nearly died in the same accident, but his new teammates' professionalism prevented it from being fatal.

Harlan is a Sparrow Academy member

At the end of Season 2, Harlan is seen floating a wooden toy in the air, which looks suspiciously like a sparrow. That image has led several Reddit users to theorize that Harlan later becomes a member of the Sparrow Academy. By the time the Umbrella Academy arrives in 2019, though, Harlan would be around 60 years old, so it's unlikely he's one of the silhouettes we see. Perhaps he creates the Sparrow Academy with Reginald Hargreeves, or becomes a member of its first class?

Vanya was the cause of the apocalypse twice, so it's unsurprising that people have alternatively theorized that Harlan becomes a villain with Vanya's powers. Rather than helping to create the Sparrow Academy, user Arxero suggests that Hargreeves creates it to stop Harlan. While this seems like a possibility, it would be in pretty poor taste to make the only autistic character on the show evil.

Not only does new Ben seem like a total jerk, but Reddit user a_foolish_heart is convinced the Sparrow Academy as a whole is a much darker iteration of the Umbrella Academy. Because the real Grace breaks it off with Hargreeves in Season 2, they theorize that the Sparrow siblings grow up without Hargreeves building the robotic version of her. "Grace separated from Reginald which would make the Sparrow academy a dark, vigilante/antihero group ... Grace was the only positive authority figure the Umbrella Academy had growing up," a_foolish_heart writes.

This would go against the source material though, as the Sparrow Academy saves and heals the Umbrella Academy in the Hotel Oblivion comic.

I mean, he has to be, right? However, ZomBTurtles pointed out that a new Pogo will likely be "more harsh and aggressive" if Ben's new attitude is any indication. The user also theorize that Pogo may himself be a member of the Sparrow Academy.

Lila goes back in time

The biggest reveal of the season is that Lila is actually one of the 43 kids born on Oct. 1, 1989. The Handler adopted her after killing her parents, so one popular theory is that Lila uses a Commission briefcase to time travel and save them. When asked about the theory by Elle, Lila's actor Ritu Arya said, "I love it. That makes complete sense to me!"

Hazel is a genius

Remember Hazel, the Commission assassin who defected to live out a life with the donut waitress? One Reddit user theorizes that his brief contact with Five was all an elaborate plan to undo the 2019 apocalypse. He carefully plotted out what information to give Five so they'd eventually meet up with Hargreeves, thus compelling him to create the Sparrow Academy without Vanya and avoid the apocalypse.

The wildest theory comes from ultimatecaissie, who believes the Commission's infinite switchboard actually hints that there's infinite parallel universes, not just one linear one. They believe that the Umbrella Academy never really stopped the apocalypse, but instead created an all new timeline. Is it possible we'll see universe hopping in the future, or are we all just sad that Netflix's Dark is over?