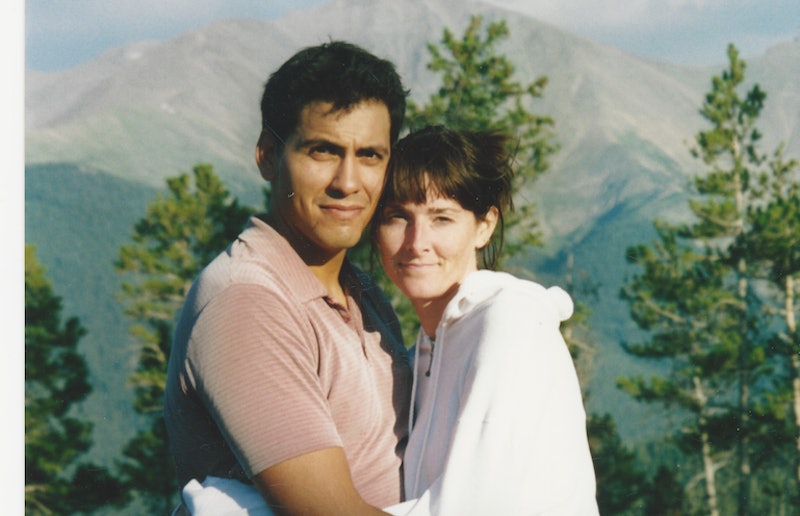 It's only been a week since Netflix debuted the first six episodes of its Unsolved Mysteries reboot, and already, there are a few updates about the cases featured. According to USA Today, producers for the show received at least 20 credible tips within the first day that Unsolved Mysteries premiered. "It's only been 24 hours. We're hoping there's a lot of people who still haven't watched and maybe this weekend they'll sit down and [marathon] the episodes and we'll get more leads," series co-creator Terry Dunn Meurer told the outlet, adding that they'd passed the leads on to authorities.

Meurer also spoke to Entertainment Weekly on July 7, elaborating on some of the updates for three cases: Rey Rivera, Patrice Endres, and Alonzo Brooks.

Unsolved Mysteries' first episode covers the death of Rey Rivera, a Baltimore man who suddenly left his house in the middle of the night in 2006 and was later discovered at the Belvedere Hotel, having seemingly fallen from the hotel's roof and into an unused conference room. His cause of death was never determined, but authorities suspected that he'd died by suicide, while online sleuths put forth the theory that he'd been killed after unwittingly getting caught up in some kind of financial fraud. (He'd previously worked for his friend Porter Stansberry's company, Stansberry Research, which was later sued for allegedly fraudulent practices by the Securities and Exchange Commission. Stansberry denied any wrongdoing but was ordered to pay "$1.5 million in restitution." He declined to cooperate with authorities or be interviewed for Unsolved Mysteries).

Rivera also left behind a puzzling note, which mentioned the Freemasons as well as various books, TV shows, movies, and celebrities. Among the films mentioned was David Fincher's The Game, which has a similar plot to the theories surrounding Rivera's death: after a man gets caught up in an elaborate corporate scheme, he jumps from the roof of a building through a glass ceiling. According to EW, the Redditor who pointed out this connection suggested Rivera could have been acting out the events of this movie, but Meurer said Rivera's wife Allison shot the idea down.

"She's spent a lot of time with that note, as did the FBI, just going through the note trying to figure out if there were any clues or anything else in there. She doesn't place any significance on the movie The Game," Meurer told EW. "[Rivera] kept so many journals full of random writing. Allison feels that she's been through all the journals just trying to find any clue that could help her figure out what happened to him, and she couldn't find any real or strong connections in The Game."

"Alonzo's story has been on our radar since 2017, before we even pitched Unsolved Mysteries to Netflix," Meurer told EW. Brooks was a 23-year-old who went missing after attending a rural house party in La Cygne, Kansas in April 2004. His body was found a month later and his cause of death was ruled as inconclusive. However, because Brooks was Black and Latinx and there were reports of racist comments and fights breaking out at the party, many people, including Brooks' mother, believe his death was a hate crime. In June, the FBI announced that they'd reopened Brooks' case and were offering up to $100,000 for information.

"We had no idea they had reopened the investigation until a couple of weeks before the show premiered," Meurer said. "I think the fact we were producing this episode shined a light on the case and helped them want to take a look at this case again. These are important cases, and we really hope that the exposure brings renewed interest and encourages viewers to come forward."

Patrice Endres disappeared from her Georgia hair salon in April 2004, and her body was discovered in the woods of a neighboring county a year and a half later, in December 2005. The case remains unsolved, and the Georgia Bureau of Investigation is asking anyone with information to call their tip line. Some viewers, however, believe that Endres was killed by her second husband, Rob, who is featured in Unsolved Mysteries and has denied the allegations. "We respect Rob and appreciate that he was willing to tell his story," Meurer told EW. "We respect the fact that the police department did thoroughly investigate him and they couldn't find any connection to Patrice's abduction and murder. I don't like to speculate because we are here only to present the facts as we hear them."

She also responded to critics who've said the episode was edited to make Rob look guilty. In the show, he admitted to carrying around his wife's skull for a period of time as well as cuddling with her ashes.

"We tried to present the best pieces of the interviews to help tell the story. We also develop these people as characters, and Rob is a character," Meurer said, adding that she believes he was portrayed authentically. "There's also this side to him that's just a normal guy too. I know that he really loved Patrice. He's actually remarried now, to a lovely woman, which is one of the things we didn't talk about in the episode. We didn't include her in the episode because she wasn't around [during the time of the events] and didn't know Patrice."

Meurer told TV Line that 260 of the 1,300 cases from the original Unsolved Mysteries series ended up being solved, thanks in part to viewer tips. Based on the response so far, perhaps the reboot will have similar success.

More like this
Ozzie’s Coming Out Scene With Kitty On 'That ’90s Show' Has Twitter Sobbing
By Brad Witter
Love Is Blind’s Natalie Claims Shayne Signed Up For 'Perfect Match' While They Were “Still Together”
By Brad Witter
'Love Is Blind: After The Altar' Season 3 Has A Release Date & It's Very Soon
By Grace Wehniainen
Brittany Snow Files For Divorce From Tyler Stanaland After 'Selling The OC' Drama
By Grace Wehniainen and Radhika Menon
Get Even More From Bustle — Sign Up For The Newsletter
From hair trends to relationship advice, our daily newsletter has everything you need to sound like a person who’s on TikTok, even if you aren’t.