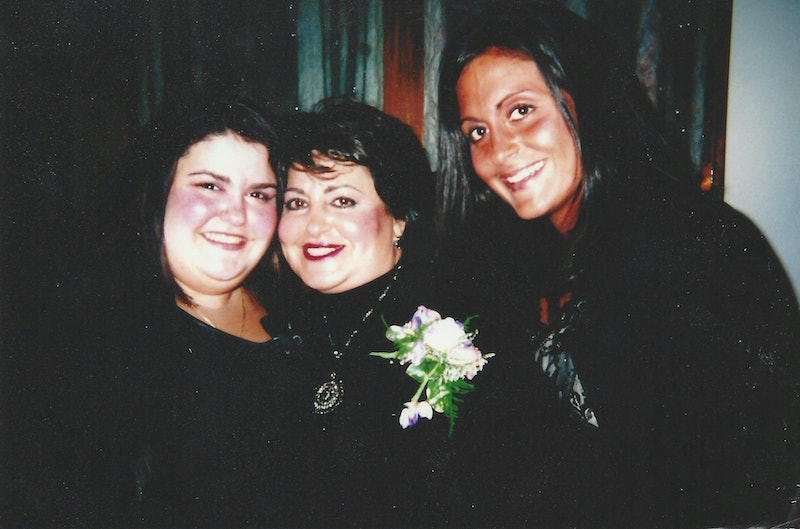 As documented in the fifth episode of Unsolved Mysteries Volume 2, JoAnn Romain disappeared after attending a prayer service on a cold night in January 2010. Investigators believed she died after walking into Michigan's icy Lake St. Clair, but an extensive search and rescue mission came up empty. It wasn't until more than two months later that the 55-year-old's body was discovered in the Detroit River — about 35 miles away from where she was thought to have gone missing.

Police ruled JoAnn's death a suicide, but her daughters Kellie and Michelle Romain have remained convinced that JoAnn was murdered. In a 2018 Detroit Free Press interview, Michelle laid out several inconsistencies with the police investigation and search efforts, with both her and her attorney maintaining that the timeline "is the most significant issue in the case."

The Free Press reviewed records they say show that the Coast Guard received a phone call requesting a search for JoAnn a half hour prior to local police beginning their investigation. Michelle also claimed a police officer came to her house before her mother was declared missing. Though there haven't been any new developments in the case, here are the most prominent theories about what happened to JoAnn.

Multiple autopsies concluded that JoAnn's cause of death was drowning. Police theorized she left her car in the church parking lot, walked across several lanes of traffic and down a snowy embankment (wearing high-heeled boots), then entered the frozen lake of her own volition. But Michelle disagrees with their conclusion, pointing out contradictory details such as the fact that JoAnn had bruises consistent with a struggle; she'd filled her car's gas tank shortly before he disappearance; and there was no hole in the ice or a current in the water to carry her body 30 miles.

In Unsolved Mysteries, Michelle calls JoAnn's estranged first cousin, a local police officer named Tim Matouk, her "number one suspect" in her mother's death. She recalls a heated phone call between him and JoAnn weeks before her disappearance, and says her mother told her that if anything happened to her, they should investigate Tim. (Tim has denied involvement in JoAnn's death and was never charged in connection to the case.)

According to court documents, a witness told police that he saw Tim with JoAnn near the lake on the night she vanished, but claimed police didn't contact him until two years later, shortly after he spoke with the FBI. JoAnn's family named Tim in a since-dismissed lawsuit alleging he was part of a murder cover-up orchestrated by police. (Police have strongly denied this claim).

JoAnn's brother, John Matouk, admitted in Unsolved Mysteries that he was struggling financially in 2009 and 2010 and that he "owed a lot of money to certain people." Though John insisted he was not involved in his sister's death, he acknowledged that it's possible someone he had dealings with murdered JoAnn. Michelle reaffirmed this possibility, noting her uncle's "interesting past" and that he had "a lot of business deals that hadn't gone right."

Private investigators agreed that everyone knew how close John and Joann were, and that there would be "no better way" to send him a message than to kill his sister, "probably the most important person in his life." The witness who claimed to have seen Tim and JoAnn together near the lake also said in court documents that he could have mistaken Tim for John.

However, not everyone is buying John's side of the story. He said in the show that he thinks whoever took JoAnn didn't intend to kill her, only "scare" her, which some viewers took to mean he might know more than he's letting on. Redditors also pointed to John's rosary, which he said was a gift from his sister; however, a rosary was one of the few things missing from JoAnn's body.

Some Redditors think JoAnn's other brother, Bill Matouk, is a possible suspect. Shortly before her death, JoAnn and Bill talked about how to stop the family's in-fighting. JoAnn said during the phone call that she didn't trust her cousin Tim, but Bill said in his deposition that he felt Tim was a good guy and that he didn't understand JoAnn's distrust. Viewers believe that if Bill's loyalties were with Tim, he could have played a role in JoAnn's death.

Additionally, several months ago, someone flew a plane with a message over Detroit — near where JoAnn disappeared — that read "Tim & Bill Matouk. Wait until the public finds out who you are." This was long before JoAnn's Unsolved Mysteries episode came out, so it seems that there's at least one person in the Detroit area who's suspicious of Tim. However, he was never charged in connection with JoAnn's death.

Michelle explained that her father, David Romain, "was really angry" when JoAnn left him after 25 years of marriage. For this reason, she added him to her suspect list, but said she didn't believe he was actually involved. The investigator she hired asked her to set up a meeting, but David declined to be interviewed. The investigator also found no evidence that David was involved with JoAnn's disappearance or death.

This article was originally published on Oct. 19, 2020