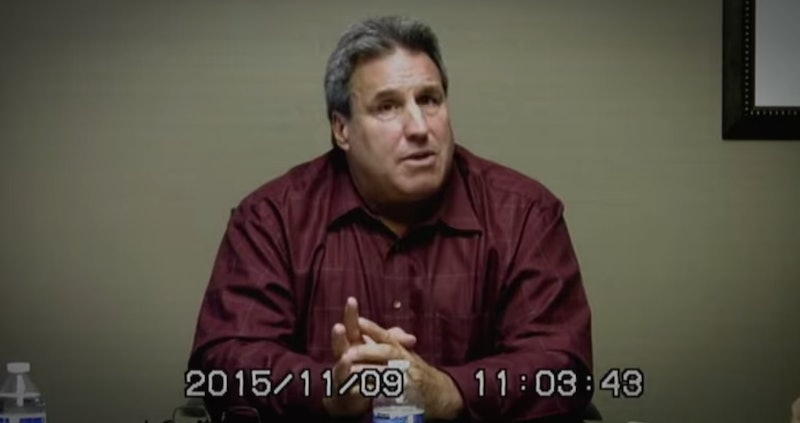 Among the cases featured in Unsolved Mysteries Volume 2 is the 2010 death of JoAnn Romain. The case was ruled a suicide by Michigan police, but JoAnn's daughter Michelle remains convinced that her mother was murdered, citing JoAnn's first cousin, Tim Matouk as her "number one suspect" in the show. (Matouk has denied involvement in JoAnn's death and was never charged in connection to the case.)

As documented in Unsolved Mysteries, Matouk was working as a police officer in nearby Harper Woods, Michigan at the time of JoAnn's death, and had a tense relationship with his cousin. "My mom had stated her extreme fear and concern for him before this occurred," Michelle told a local Detroit CBS affiliate in 2018. “She also had indicated that she was reluctant to go to the local police because they were friends with this estranged family member that was a police officer, and they would not do anything to help her."

Michelle alleged in court documents that Matouk and other law enforcement officials were part of a murder cover-up. The lawsuit and its subsequent appeals were eventually dismissed, but Michelle claimed a witness told police that he saw Matouk with JoAnn near the lake on the night she vanished. Local police allegedly didn't contact the witness until two years later, shortly after he spoke with the FBI about what he saw.

According to the court documents, Matouk said he didn't participate in the investigation into JoAnn's death and that he doesn't "personally know many of the officers who were involved." In a 2014 affidavit, he disputed claims that he was the "last known person to be seen with" his cousin, claiming he was "not in the area of Grosse Pointe Woods or Grosse Pointe Farms" on the date in question.

"These allegations are false and frivolous," he said in the affidavit, according to the Detroit Free Press. "I am dismayed that these allegations have been brought against me by my own family members. None of them are true, and I had absolutely nothing to do with JoAnn's disappearance and death."

In 2016, Wayne County Prosecutor Kym Worthy defended Matouk's character to the newspaper, stating: "Detective Tim Matouk has worked here for years. I can say without reservation that his character, integrity and work ethic make him a very valued member of our office.”

Unsolved Mysteries' co-creator Terry Meurer recently told Men's Health that Matouk wanted to participate in the Netflix series, but an attorney advised him not to do so. According to the Grosse Pointe Times, Matouk was employed as an investigator with the Wayne County Prosecutor's Office as of 2018. Not much else is known about his whereabouts now.