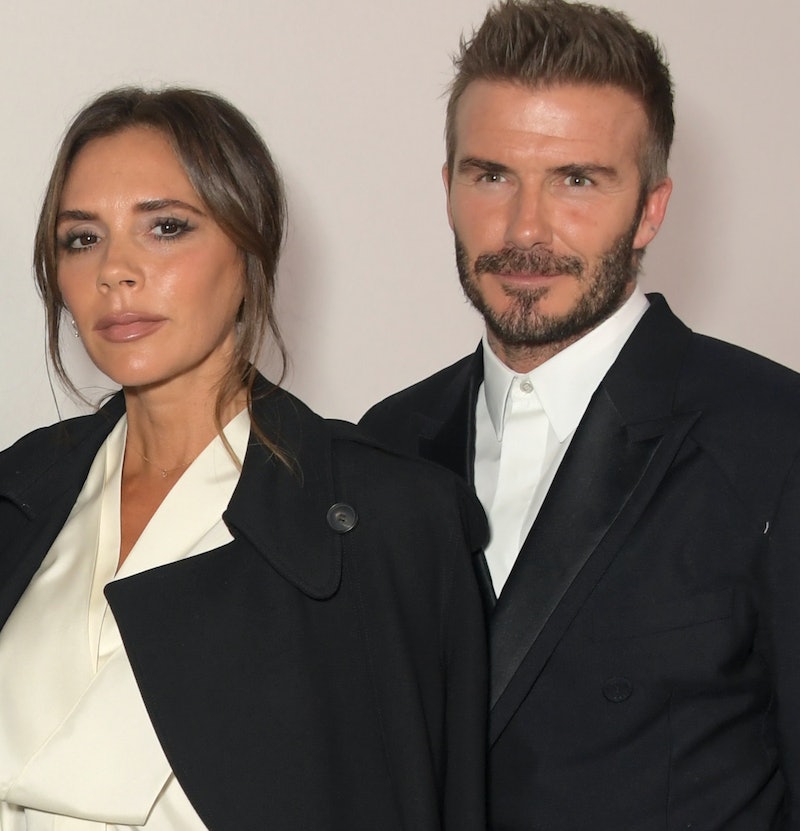 In a move that’s been described as an ‘incredible act of generosity,’ Victoria Beckham blessed the internet with a picture of David Beckham’s bum and her followers didn’t know how to behave. In an Instagram post on Sept. 5, the former professional footballer could be seen relaxing in a pool in the U.S. with his shorts pulled down. Unsurprisingly, it already has over a million likes and appears to be the weekend treat some people needed.

Victoria Beckham regularly shares snippets of her family and 22-year marriage to David Beckham with her 29.1 million Instagram followers. However, she’s never been so candid as this. Among the pictures from her family’s recent holiday to the States she captioned the cheeky poolside picture of David, “Happy Sunday, you’re welcome” and credited the picture to herself.

Author and host Dawn O’Porter summed up the general feeling when she commented, “This is the most incredible act of generosity I’ve ever witnessed.” And the head of fashion and beauty at YouTube Derek Blasberg joked, “It’s a full moon today.”

Alongside the fire emoji, Elton John’s partner David Furnish said, “Bottoms up” while author Juno Dawson spoke for many when she said, “We stan a gratuitous queen.”

Followers flocked to the comments section to tag their friends. It really was a spectacle and gift to wake up to on a Sunday morning. If you haven’t already looked, just make sure you have a glass of water to hand to quench your thirst when you do.

It wasn’t the first time this week that David Beckham’s appearance has got fans talking. On Sept. 4 he appeared on Soccer Aid in support of UNICEF and debuted his new, bleach blonde look. One viewer wrote, “David Beckham has always been able to pull off any hairstyle any colour. Find me a man like that.” Another said, “If you're a man in your 40s bleaching your hair is a complete no. Unless you’re David Beckham of course.”