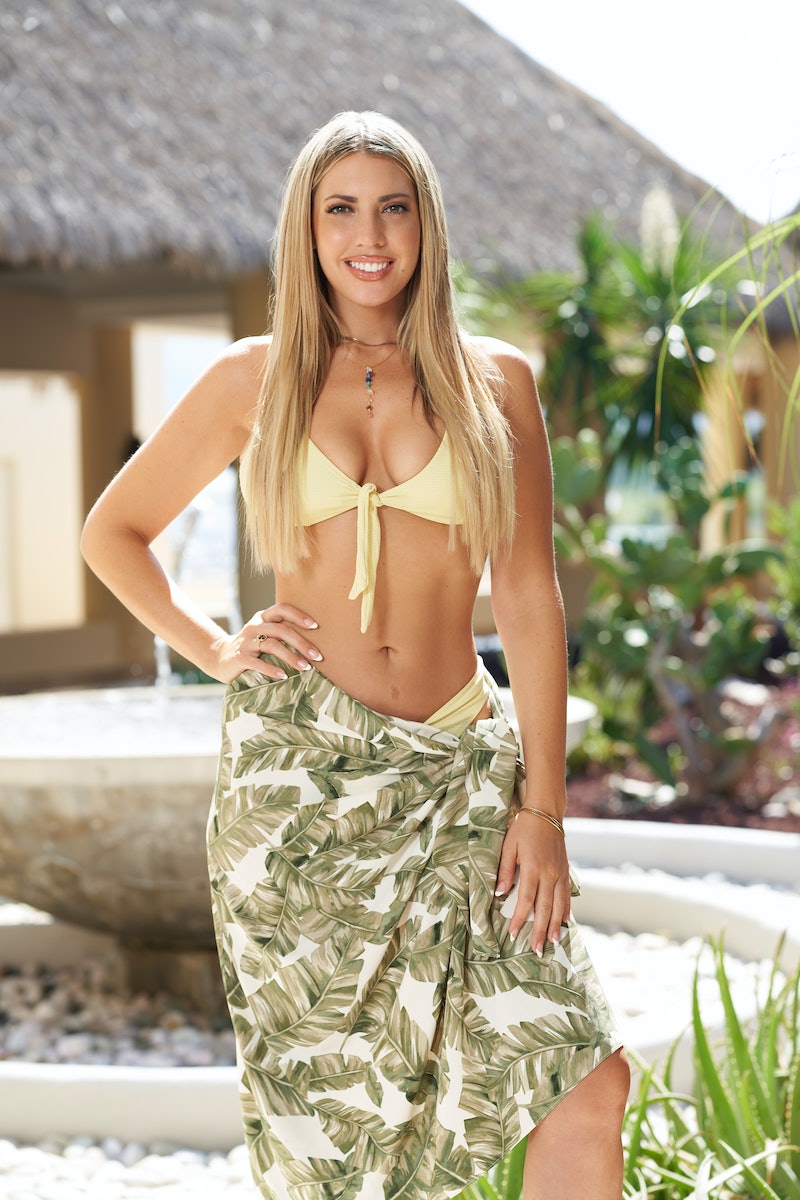 Queen Victoria is back and blonder than ever. Following ABC’s recent announcement that Victoria Larson will be a contestant on the upcoming season of Bachelor in Paradise, longtime fans of the Bachelor franchise noticed that she was sporting a whole new look in the promo shots. Some viewers complimented Larson’s blonde hair, bright eyes, and plump lips; others, however, criticized her for looking like an entirely “different person.”

After several people took to her Instagram comments to share their thoughts on her appearance, the 26-year-old entrepreneur took to TikTok to clap back at the haters. “Hit ’em with a plot twist anytime you want, sis,” she said. “It’s your life.” Larson also gave a shoutout to her “Botox girl” before gently reminding fans that she “looked good both ways,” referring to her time as a brunette on Matt James’ season of The Bachelor.

Larson shared a similar message on Instagram. “Guys it’s called, sleep. And not having a swollen eye,” she wrote alongside an image of her old Bachelor headshot next to her new Bachelor in Paradise photo. She also confirmed that she got lip injections, which is partially why she looks so different. “Going on the bachelor straight from covid and the pandemic, my priorities honestly were not wrapped around external beauty,” she explained.

After getting booted from The Bachelor, Larson began to prioritize herself a little more. “I’ve gotten to focus on both internal and external beauty since then and would appreciate the hateful, hypocritical comments about my appearance and ‘behavior’ while on a tv show to cease,” she continued, referring to the overwhelming hate she received online. “Plus I was always beautiful so don’t always judge someone from one season.”

Larson, who notoriously stirred up a lot of drama on Matt’s season, has been criticized heavily for her looks on the internet. In January, for example, the former Bachelor publicly apologized to Victoria after his friend body-shamed her during a round of golf. “Now how was Victoria’s body? ’Cause when I look at her, it doesn’t look very nice,” his friend Jerry said in a video that was shared by @bachelornation.scoop on Instagram. “And you’ve been making out with this woman.”

Matt didn’t appear to defend Victoria in the video. He did, however, address the body-shaming comments in an interview with The Real. “It’s just a constant reminder that you need to be smart about the people you surround yourself with,” he said. “And those moments when you’re in sports and people are trying to say things to you to throw things off your game, it’s sad that someone would think saying something like that about a woman that I was dating would deter me from what I was trying to do.”

Victoria, for her part, clapped back in the comments of the @bachelornation.scoop’s video. “Cute... I love my body :)” she wrote before sharing a few bikini photos on her own feed. “Tell me again how my body doesn’t look so good?” she wrote. Elsewhere in his interview with The Real, James apologized on his friend’s behalf, admitting that Jerry likely wouldn’t do it himself. “That’s not my character and that’s not what I'm about,” the reality star said.

More like this
Hannah Ann Got Engaged 3 Years After 'The Bachelor' & The Proposal Was Dreamy
By Grace Wehniainen
'Bachelorette' Vet Clare Crawley Revealed Her Stunning Wedding Photos
By Stephanie Topacio Long
'Bachelorette' Vet Clare Crawley Unveiled 2 Special Wedding Day Accessories
By Stephanie Topacio Long
Twitter Thinks This Is The Real Reason Zach Sent Christina Home On 'The Bachelor'
By Grace Wehniainen
Get Even More From Bustle — Sign Up For The Newsletter
From hair trends to relationship advice, our daily newsletter has everything you need to sound like a person who’s on TikTok, even if you aren’t.