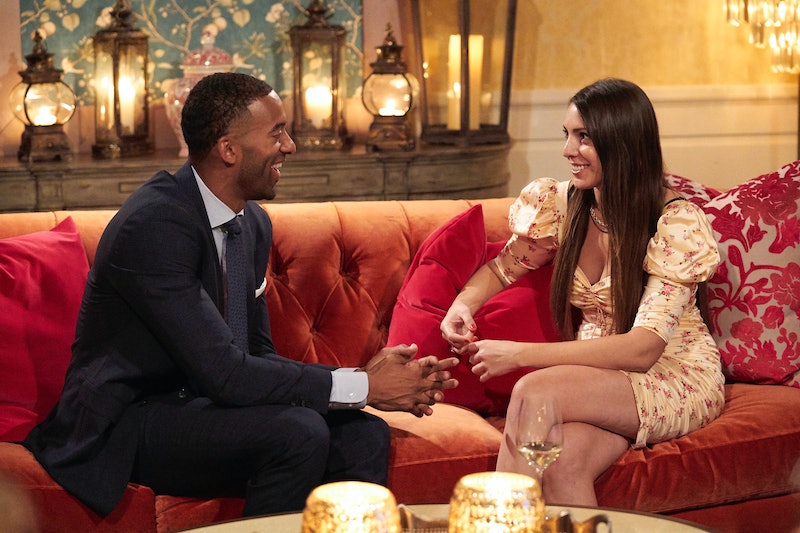 When "Queen" Victoria Larson first arrived at Nemacolin Woodlands Resort, Bachelor contestants thought her villain narrative was an act, but they now realize that her constant confrontational and defensive attitude is real. As Matt's inaugural one-on-one commenced with Bri Springs, Victoria all but threw a temper tantrum about not being his first choice — and fans are not having it. If Matt — err, the producers — keeps her around, whew, it’s going to be a long season.

Victoria was invited to the first group date (more screen time equals more drama with her) but remained dissatisfied because she doesn't get along with the other girls. Before the date took place, she stomped around the resort, complaining about not wanting a group date because she couldn't be her “most authentic self” around the others. Instead, she said she’d “rather wait on a one-on-one.” But of course, she happily obliged when her name appeared on that group date card.

Lucky for her, the date was a wedding photoshoot in which she got to wear her crown (and a veil!) while making everyone else uncomfortable by flashing her garter belt. So far, Victoria’s fellow contestants have called her “off-putting” and a “big personality,” and those comments are nice compared to what Twitter has to say. Not only did they compare her to The Fairly Odd Parents' villain Icky Vicky, they even suggested she's giving a bad name to Capricorns as a whole.

Some went as far as comparing her to Victoria Fuller from Peter Weber's Bachelor season, a major dig considering Victoria F. managed to get on everyone's bad side and sparked a ton of controversy.

All that said, it can be confirmed that her royal highness has at least one (1) fan.