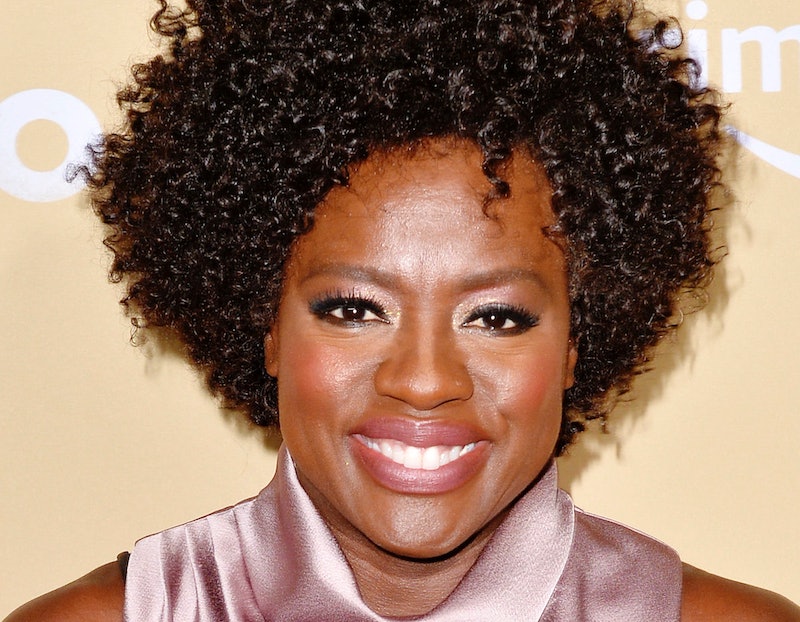 While her portrayal of Aibileen Clark, a Black maid in Mississippi during the Civil Rights Movement, assisted her breakthrough into the Hollywood elite, looking back, Viola Davis said her role in The Help felt like a betrayal of herself. The How to Get Away With Murder actor reflected on her role in the 2011 film based on Kathryn Stockett's novel of the same name in a cover interview for Vanity Fair’s July/August issue, published on July 14. And while she had a positive experience with co-stars Bryce Dallas Howard, Emma Stone, Octavia Spencer, and Jessica Chastain, Davis said the film was "created in the filter and the cesspool of systemic racism."

“I was that journeyman actor, trying to get in,” Davis said of her Oscar-nominated role. “I cannot tell you the love I have for these women, and the love they have for me, but with any movie — are people ready for the truth?” She continued, “Not a lot of narratives are also invested in our humanity. They’re invested in the idea of what it means to be Black, but… it’s catering to the white audience." The actor echoed many criticisms of both the movie and the book, adding, "The white audience at the most can sit and get an academic lesson into how we are. Then they leave the movie theater and they talk about what it meant; they’re not moved by who we were.”

Davis added, “There’s no one who’s not entertained by The Help. But there’s a part of me that feels like I betrayed myself, and my people, because I was in a movie that wasn’t ready to [tell the whole truth].”

And, while the role raised her profile, it didn’t quite open the floodgates to more roles. Per Davis, she would occasionally be asked about why she pivoted to network TV when she had a movie career. “I always ask them, ‘What movies? What were those movies?’” Davis said. “Listen, I got Widows, but if I just relied on the Hollywood pipeline…. No, there are not those roles.” Widows director Steven McQueen agreed that Davis should be in more films. “She goes where others dare not tread. She’s not afraid to be human,” he told VF. “She hasn’t been given her due — that’s a fact.”

This isn’t the first time Davis has expressed regret for her role in The Help. She told the New York Times in 2018, “I just felt that at the end of the day that it wasn’t the voices of the maids that were heard. I know Aibileen. I know Minny [Jackson]. They’re my grandma. They’re my mom.” She continued, “I know that if you do a movie where the whole premise is, ‘I want to know what it feels like to work for white people and to bring up children in 1963,' I want to hear how you really feel about it. I never heard that in the course of the movie.”