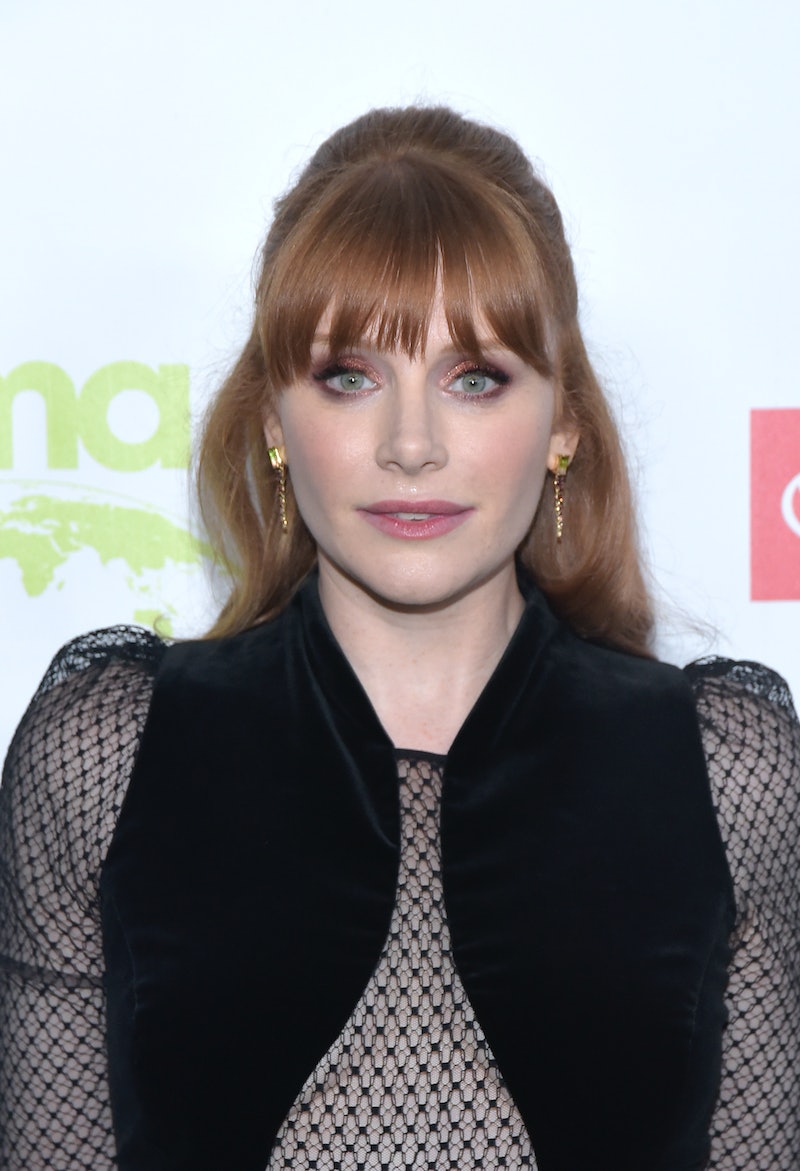 Movies can be a great starting point to learn about systemic racism, but it's important to remember that not every movie featuring Black leads comes from Black storytellers. On Sunday, June 7, Bryce Dallas Howard called out The Help as a "story told through the perspective of a white character" that "was created by predominantly white storytellers." The actor voiced her concerns that The Help was trending on Netflix (as of the writing of this article, it was the fourth most watched movie on the streaming platform) as protesters across the United States are calling for an end to police brutality and racial inequality.

Howard starred as a racist housewife, Hillary "Hilly" Walters Holbrook in the 2011 film that netted Viola Davis an Oscar nomination and Octavia Spencer a win. Despite being well-received at the Oscars, The Help has faced criticism for its white savior narrative since its release, and seeing it trend on Netflix in the wake of the protests led people on social media to point out better options. Now Howard is joining them in pointing viewers to a different direction for documentaries, TV shows, and films about the Black experience that might be more representative than The Help.

"I'm so grateful for the exquisite friendships that came from that film — our bond is something I treasure deeply and will last a lifetime," Howard wrote in her post. However, she continued, "we can all go further" than watching Black stories written and directed by white filmmakers. ⁣(The Help was directed by Tate Taylor, a white man, and adapted from a book written by Kathryn Stockett, a white woman.)

Howard then listed a number of worthy alternatives to watching The Help, including: 13th, Eyes on the Prize, I Am Not Your Negro, Just Mercy, Malcolm X⁣, Say Her Name: The Life and Death of Sandra Bland, Selma, Watchmen⁣, and When They See Us. She also encouraged her followers to fill the comments section with their own recommendations.

Just Mercy is currently free to rent across multiple platforms courtesy of Warner Bros. The studio shared a statement via Twitter encouraging anyone looking to learn more about systemic racism to watch the 2019 film starring Michael B. Jordan and Jamie Foxx. Additionally, The Criterion Collection has removed the paywall on a number of movies from Black filmmakers, including Daughters of the Dust, Losing Ground, and Down in the Delta, per IndieWire. Meanwhile 13th, Malcolm X, and When They See Us are currently available to stream on Netflix.

All of these films, documentaries, and TV series make for a more edifying viewing experience than The Help. As Howard wrote, "Stories are a gateway to radical empathy and the greatest ones are catalysts for action."