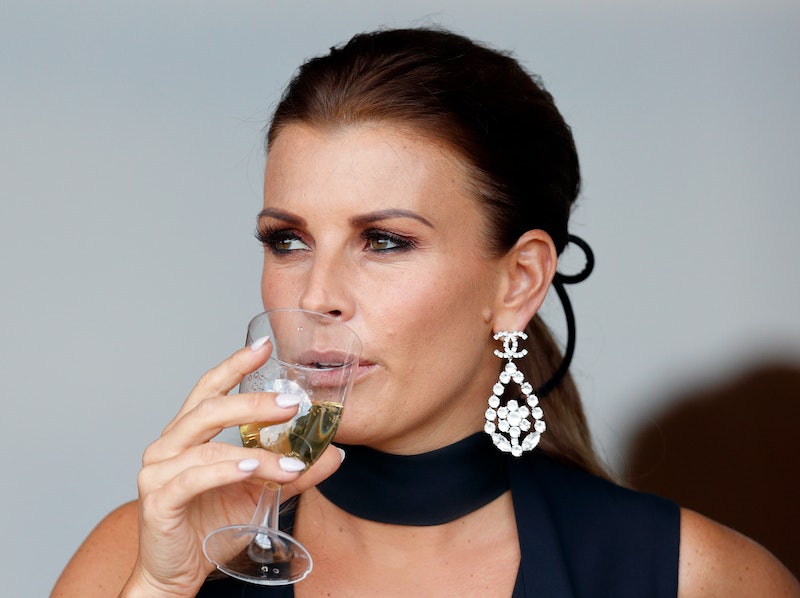 It started as a social media bombshell and went on to inspire countless (brilliant) memes. The now infamous "WAGatha Christie" debate could soon be the subject of a new documentary. Yes, really. According to The Mirror, Coleen Rooney is set to sign a £1million deal to make a documentary about her ongoing dispute with Rebekah Vardy.

According to the publication, Rooney is in “advanced talks” with film production company Lorton Entertainment (which produced Wayne Rooney’s documentary, too) and it will be available to stream via Netflix or Amazon. Filming, they say, “could” begin in the New Year, ahead of the pair’s high court trial, which will take place in summer 2022.

Rooney and Vardy are locked in an ongoing conflict in the courts, which started when Rooney accused Vardy of leaking stories from her private Instagram to various tabloids. Vardy responded by denying the claims, and has sued Rooney for libel.

A source told The Mirror: “Coleen has remained quiet ever since that famous online post. But this could all change in what could be the TV event of the year.”

“Viewers would see all the evidence that Coleen has forensically gathered via her online sleuthing and see why she is convinced that Rebekah leaked the stories about her and others. She is minded to get it all out into the pubic domain and let people make their own minds up. Talks are very well advanced.”

They continued: “Coleen is thinking long and hard about her next steps and the time could be right to stick her head above the parapet. She feels she has a very strong case and wants to share it with the world.”

However, Rooney has not commented on the rumoured documentary herself. Nor has the production company.

Only time will tell whether the “WAGatha Christie” documentary actually gets made, but the premise of it has already had some strong reactions. On her show on Thursday, Nov. 4, Lorraine Kelly said “it’s all very silly,” after discussing the chances of the programme happening. As ever in this curious case: watch this space.