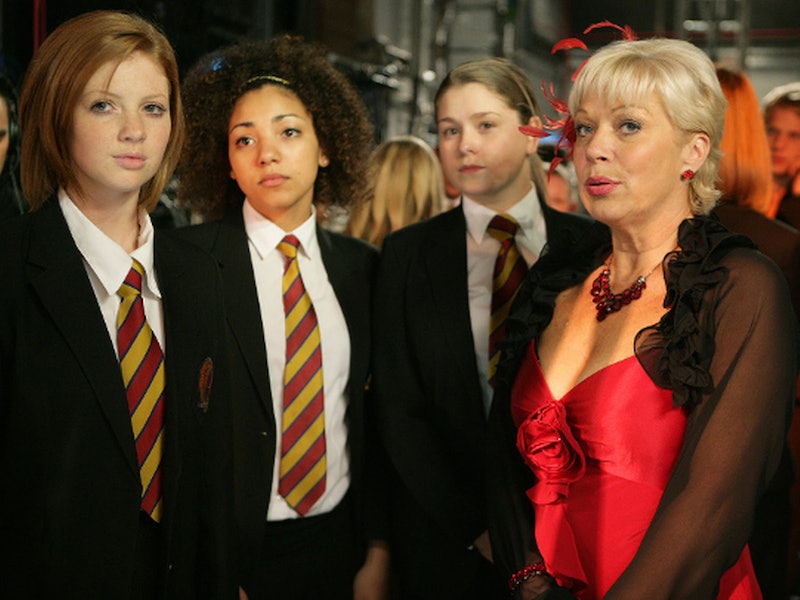 It's been six long years since we last saw Rochdale's most rowdy students run amock in the BBC drama series Waterloo Road. The beloved teen soap began way back in March 2006, running for a lengthy nine years before the final episode aired on BBC Three in 2015. In what was the ultimate nostalgic Zoom, Waterloo Road's OG cast, including Chelsee Healey and George Sampson, gathered for a massive digital reunion, prompting many to question whether a TV revival is on the cards — here's what we know so far.

The Waterloo Road cast clearly had a lot to catch up on as the lively online chat ran close to two hours. With no school uniforms in sight, the grown-up former cast members recalled some of the show's most dramatic scenes, as well as some juicy BTS gossip.

Waterloo Road's breakout star Chelsee Healey, who played the cheeky, bubbly and troublesome pupil Janeece, revealed some of her favourite scenes (the one with the Shakira dance) and what she loved most about her fan-favourite character.

"I think Janeece was such a lovable character," laughed Healey, who currently stars in Hollyoaks "I do miss playing her, she was a funny girl but honestly I feel I'm quite similar still. I've not grown up!"

The reunion has prompted questions about whether Waterloo Road could make a TV comeback, much like the incredibly successful return of Tracey Beaker.

While BBC hasn't shared any details about a potential Waterloo Road revamp, viewers can watch all past episodes on BBC iPlayer.