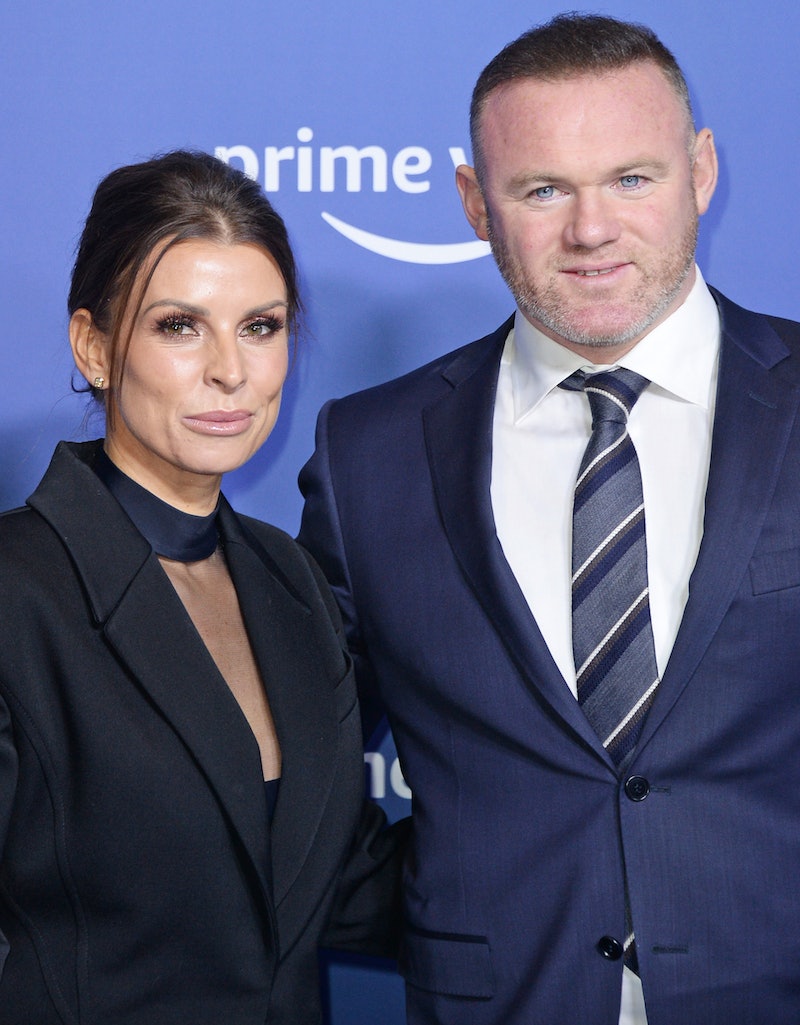 In the upcoming new Amazon Prime’s Rooney, Coleen Rooney opens up about her relationship with her husband, Wayne, and addresses his cheating in a candid confessional. The up-close-and-personal documentary takes a look at Wayne’s illustrious sports career, featuring asides from former managers, team-mates and rivals. But it doesn’t shy away from addressing the darker issues, covering his infidelity and struggles with alcohol.

In an emotive soundbite, Coleen says: “It's not acceptable, what he's done, but it's happened and that was a stage of life that we were in at the time. But we've moved on. I forgive him, but it wasn't acceptable. If it comes up we talk about it like we are talking about it now. I haven't got the anger I did at the time.”

Going into further detail, the mum-of-four added: “Hopefully he [Wayne] learnt and he doesn't get himself into any of them horrible situations again. But it's happened and I've got to live with it, and if I couldn't cope with living with it, I would have ended the relationship."

Coleen has since taken to social media, posting a defiant stance against the strong reaction to her comments in Rooney. Once more explaining her decision to stick by Wayne, she told her Instagram followers: “I am who I am. He is who he is. We are what we are, and that’s that! Life is for living, life goes on, life is not perfect at all, and you know what... it’s OUR life, no one else’s. God bless.”

Coleen and Wayne Rooney first met at secondary school in Liverpool when they were both twelve – by the time they turned sixteen, the pair had started dating, and Wayne made his debut for Everton F.C. Once the couple got married in 2008, Rooney was wearing the Number 10 shirt at Manchester United, and was building his reputation as one of the UK’s greatest players of all time — but their relationship wasn’t without its challenges. Four years before they tied the knot, Rooney admitted to cheating, and was also sentenced to 100 hours of unpaid community work in 2018 after driving under the influence of alcohol. Wayne apologised on both occasions, and in an emotional post, Coleen vowed to stand by him. "I want to try and continue our marriage and live as a family,” she wrote.

More like this
A New Netflix Doc Will Explore The Unsolved Murder Of Jill Dando
By Sam Ramsden
Jemima Khan Used Her Own Life As Inspo For 'What’s Love Got To Do With It?'
By Darshita Goyal
'Bridgerton's Regé-Jean Page Is The World’s Most Handsome Man
By Darshita Goyal
Gerard Butler Insisted On Adding This Pivotal Scene To 'Plane'
By Catharina Cheung
Get The Very Best Of Bustle/UK
Sign up for Bustle UK's twice-weekly newsletter, featuring the latest must-watch TV, moving personal stories, and expert advice on the hottest viral buys.