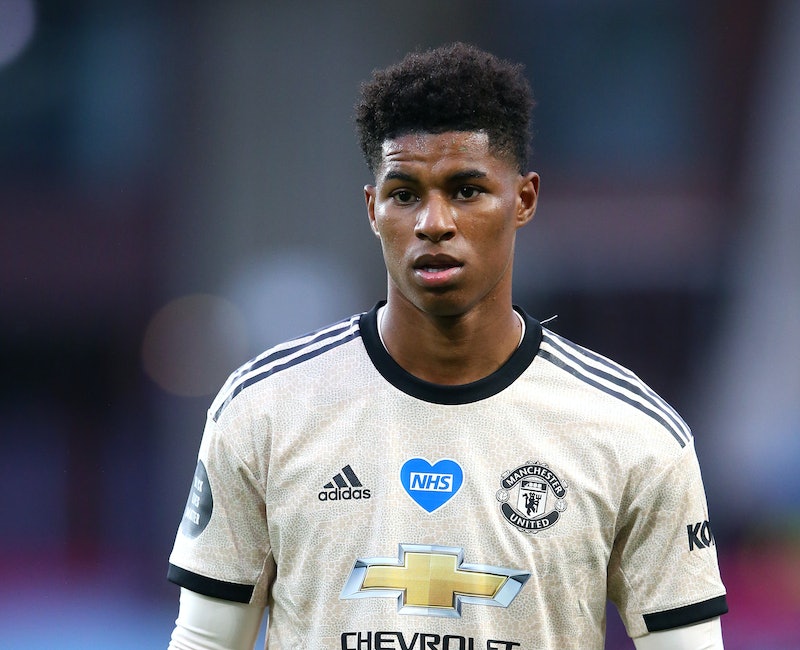 Marcus Rashford has been one of the most talked about British athletes during lockdown. He may have been taking a break from playing due to coronavirus restrictions, but he certainly wasn't resting. Instead he successfully campaigned to get the government to do a U-turn on its decision not to provide some of of the most vulnerable children in England with food vouchers over the summer. The Manchester United and England striker has now also appeared on the cover of the Sept. 2020 issue of Vogue, 'Activism Now.' There's no doubt that 22-year-old has gained a new fan base off the pitch but who is Marcus Rashford dating?

Prior to lockdown Rashford’s social media was pretty football-based, as you’d expect. However, after he launched his campaign to extend school meal provisions over summer with the charity FareShare he caught the attention of the nation. He’s otherwise pretty private about his personal life online. However, it’s been reported that he’s been dating Manchester-based PR account executive, Lucia Loi since 2016. I reached out to a representative of Rashford for comment and will update this piece as soon as I've heard back.

The pair have kept their relationship offline. While there are no pictures of them together on Loi’s Instagram page, she did post pictures in Russia at the World Cup. He also posted a snap with his brother and Loi with the caption, “Always supporting me.” In July 2018 they were pictured sunning it up after the World Cup in Barbados. The Daily Mail reported that at that point they’d been together for two years and took some time out after the World Cup to relax and jet ski. Sounds pretty ideal to me.

Holiday and football snaps aside, it's understandable that Rashford would keep some things for himself. However, it’s clear that his support base is so important to him. On mother's day he shared a picture with his mum and wrote, “to our rock - for every hug, every laugh, every bit of encouragement, every bit of belief, every sacrifice, Happy Mothers Day. We love you, thank you for everything you do.”

The hype surrounding the footballer-turned-activist shows no signs of dying down. As his Vogue front cover hits the newsstands on Aug. 7, he’s opened up about growing up in Manchester and the influence his mum has had on him. Speaking about campaigning for families that rely on school meals he said "I always swore to my mum that if one day I was in a position to help, then I would.”