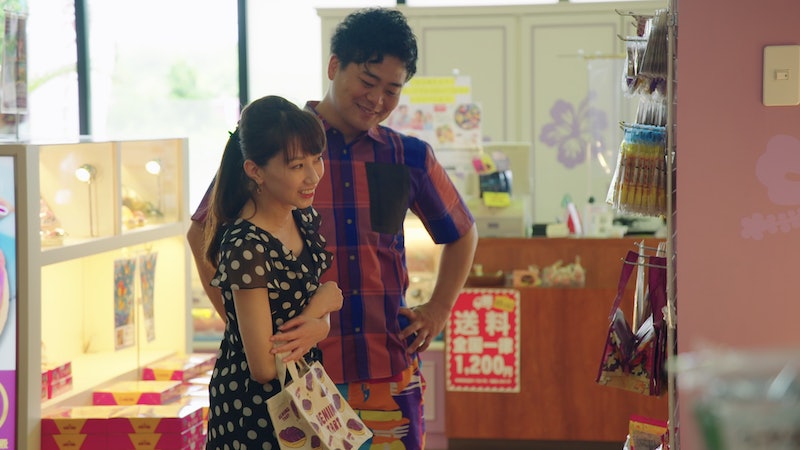 Love is Blind: Japan has been just as much of a rollercoaster as the original series. Though eight couples end the first batch of episodes engaged, many of them have already begun to hit obstacles as they test whether or not their relationships can transfer to the real world. One such pair is Odacchi and Nanako, who seemed to be one of the strongest couples but quickly took a turn after heading on the retreat. Here’s what to know.

As a comedian, Odacchi’s lighthearted spirit initially made him seem unserious. But he found his match in Nanako, whose soft soul perfectly balanced out his endearing wit.

Following a divorce and a change in professions, Nanako came onto Love is Blind: Japan at a crossroads in her life. But she bonded quickly with Odacchi, who sympathized with both her relationship and career struggles.

Are Odacchi & Nanako Still Together?

Nanako and Odacchi first began to connect after she explained that she’d given up teaching ballet because she didn’t feel like she was qualified enough. Odacchi related, having quit teaching physics for the same reason. Each time they talked, their relationship blossomed into something more romantic — at one point, Nanako mentioned getting heatstroke after an interaction with Odacchi, which he blamed on his ability to make her laugh.

Physical attraction wasn’t an issue when they met face-to-face for the first time. “You're a lot cuter than I imagined,” Odacchi told Nanako. Conversely, she seemed to be very attracted to what she described as Odacchi’s “teddy bear” looks. When it came time to propose, Odacchi got down on one knee amid a bed of rose petals and told her, “Out of all the people in this world, the person I want to make laugh the most is you.”

However, once the two went on the couples getaway, things fell apart. Odacchi kept to himself, spending all his time on his laptop and not making much conversation with Nanako. After attending a barbecue with the other contestants, Nanako realized that her relationship with Odacchi was not what she envisioned for her love life. She voiced her concerns to Odacchi, who regretted hurting her. But Nanako had already made up her mind and left the villa.

It appears the two never reconciled, as they aren’t even following each other on Instagram. The only mention either of them have made of the show came in a June 2021 post from Nanako. “June ended today. I quit my job, did something new, met a lot of people, and instantly got heatstroke lol… It was a whirlwind month, but it was the best month,” she wrote. She seems to be happy with how the experience turned out either way.

More like this
What’s New On Netflix: 'Stranger Things' & 'Somebody Feed Phil' Return
By Arya Roshanian
Everything We Know About Chèrie & Jessey’s Abrupt Exit From Bling Empire
By Alyssa Lapid
G Flip Shared How They Got Romantic With Chrishell Stause & Discussed Babies
By Brad Witter
Kevin Kreider Finally Asked Out Kim Lee On 'Bling Empire'
By Brad Witter
Get Even More From Bustle — Sign Up For The Newsletter