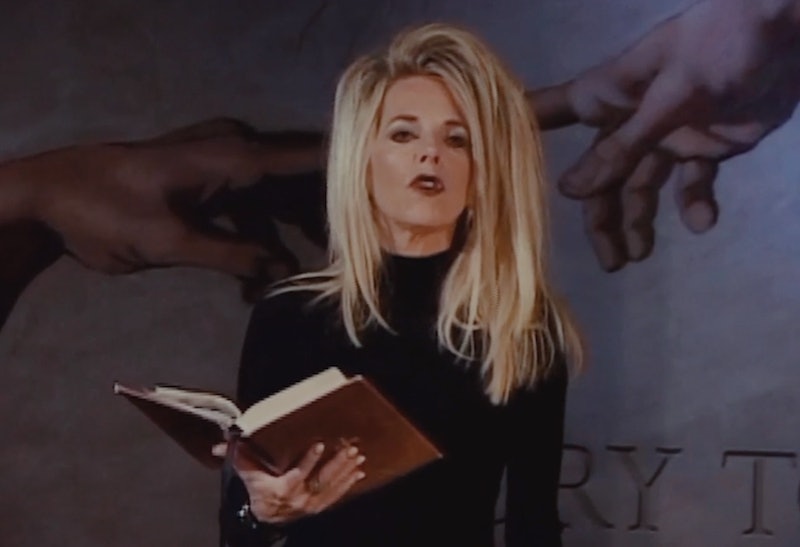 After exploring the sinister NXIVM cult in The Vow, HBO is delving into Gwen Shamblin’s Remnant Fellowship in The Way Down. The first half of the five-part series debuted in September 2021 and charted Shamblin’s rise to fame with her Weigh Down Workshop, a 1980s dieting program that boasted massive weight loss through the power of prayer. Shamblin went on to found the Remnant Fellowship church in Tennessee in 1999, where she preached about her methods being rooted in “profound love” and “renewed hope.”

But many former members alleged that Remnant Fellowship was really just a cult that encouraged emotional, psychological, and physical abuse. The Way Down asserts that growing up in the Church of Christ — an ultra-conservative Protestant movement where women weren’t allowed to speak in public — taught Shamblin how to assert dominance via biblical doctrine. This, combined with her study of nutrition, led her to posit the idea that women should only eat when they feel distinct hunger pains, and that the thinner you are, the closer you are to God.

The series goes on to explore Shamblin’s increasingly lavish lifestyle — paid for by church donations — and the numerous allegations of abuse, particularly of children. This culminated in the story of the 2003 death of Josef Smith, whose father beat him with claims that he was a “soldier of the devil.” (His parents were sentenced to life in prison, while Shamblin denied that she ever encouraged such behavior.) Former members also said that traditional gender roles were strictly enforced, communication with non-believers was discouraged, and many stayed because they feared harsh reprisals if they left.

The final half of the series examines Shamblin’s sudden death in a May 2021 plane crash (when she, her husband, and five other church leaders were traveling to a MAGA rally in Florida), how her death spurred more survivors to speak out, and how power was transferred to her two kids, Michael Shamblin and Elizabeth Hannah. Prior to her death, The Way Down co-creators Marina Zenovich and Nile Cappello tried to interview Shamblin and other senior leaders within the Remnant Fellowship (which is still in operation), but they never heard back. “They don’t want to go on record,” Zenovich told The Guardian. “They want to continue doing what they’re doing, which is controlling people. So we tried — we sent letters to a lot of leaders — but no one responded.”

Instead, the church posted a statement on their own website about what the Remnant Fellowship thinks of The Way Down. “Remnant Fellowship categorically denies the absurd, defamatory statements and accusations made in this documentary — yet another Hollywood attack on religion,” the group wrote. They emphasized that Remnant Fellowship is based on “mercy and kindness,” and claimed they count over “90 medical professionals, seven legal professionals, four law enforcement professionals, and over 20 educators” as members who would have reported signs of abuse in the church, had there ever been any. They added they “do not body shame or bully anyone” and that “thousands have said that their lives have benefited” from hearing Shamblin’s messages.

The church also categorically denied how Josef Smith died, claiming it was due to a staph infection and high fever that was “verified by hospital technicians in court.” (This conflicts with autopsy findings; the Cobb County medical examiner concluded that Smith died from blows to the head, per NBC News.) Remnant Fellowship called the allegations that the Smiths were abusive “outrageous.”

Remnant Fellowship concluded the statement by telling followers that Zenovich and Cappello never even tried to reach out to the church. “The fact that HBO features an ‘expert’ who has never interviewed Gwen, never visited church, and never interviewed current church members is very telling as to HBO’s true agenda,” the group wrote.