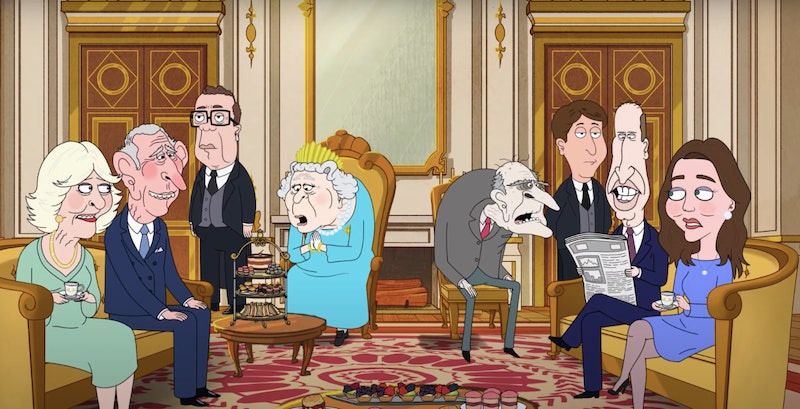 The royal family rarely comments on artistic interpretations of their life. Although there were, reports that some members had watched The Crown, for example, no one from The Palace has ever publicly responded to scenes from the popular Netflix series (bar comments made by Sarah Ferguson and Earl Spencer after the latest season aired, that is). But what about HBO Max’s The Prince? Has the royal family made any official comment about the new cartoon?

Well, once again, it’s impossible to tell as they have not responded or given a hint at how they perceive the show. Whether it would be seen as lighthearted comedy or a dig at their way of life, it is hard to tell.

What we do know is the show was delayed following the death of Prince Phillip back in April.

“We were saddened to learn of Prince Philip's passing and will adjust plans for the series debut,” a representative from HBO Max said. “A new date will be announced at a later time.”

It has also been rumoured that “the series does not portray the husband of Queen Elizabeth in the most flattering of ways,” according to a source who spoke to The Hollywood Reporter.

The series has recently been under fire for “targeting” the royal children. Royal Correspondent Omid Scobie wrote on Twitter: "Don’t particularly agree with parodying children but guessing I’m in the minority as @hbomax’s no-f****-given series #ThePrince hits the streamer tomorrow.”

A full trailer has been released by HBO Max, with the 12 episodes being released tonight (July 29) in the U.S. So far, it is unclear whether the show will be available for a UK audience and, if so, when.

More like this
Helena Bonham Carter Doesn't Think 'The Crown' “Should Carry On"
By Sam Ramsden
Gillian Anderson's New Netflix Drama Is *Nothing* Like 'Sex Education'
By Frances Stewart
Prince Harry & Meghan Markle Are Puppets Now
By Sam Ramsden
Princess Diana’s Brother Shared A New Photo Connected To Her Childhood
By Darshita Goyal
Get The Very Best Of Bustle/UK
Sign up for Bustle UK's twice-weekly newsletter, featuring the latest must-watch TV, moving personal stories, and expert advice on the hottest viral buys.