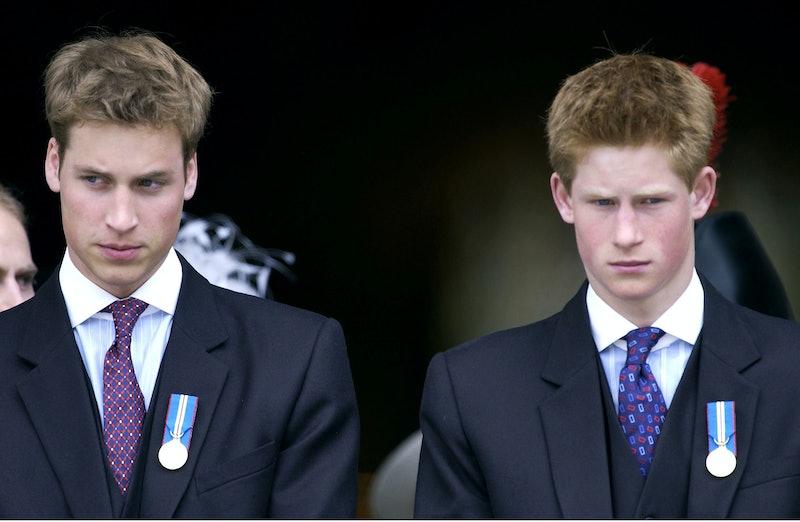 The BBC documentary series The Princes and the Press offers a compelling analysis of the complex relationship between Prince William and Harry, and the British press.

In the first episode of the two-part programme, which aired on Monday, Nov. 22, the BBC’s Media Editor and Radio 4 presenter, Amol Rajan, delves into the years between the Queen's Diamond Jubilee in 2012 and the engagement of the Duke and Duchess of Sussex in 2017.

With over 80 hours of interviews, including with journalists that were close to some of the biggest royal stories of the past decade, Rajan examines the princes’ changing and increasingly different relationship with the media — while also exploring some of the illegal activities engaged in by some newspapers that targeted members of the royal family and their associates.

Per the Daily Mail, some of the contents of The Princes and the Press have already rubbed many the wrong way, including the royal family itself. But, what have we learned about the princes’ relationship with the press in the BBC documentary so far?

One standout moment featured in the first episode was an appearance from lawyer Jenny Afia, who represents the Duchess of Sussex. Speaking to Rajan, Afia claimed that the bullying allegations printed about the Duchess of Sussex were “false,” and said that she strongly disagrees with the “narrative” that Markle was “difficult to work with.”

Also appearing in the first part of the doc is the journalist and author Omid Scobie, who co-wrote the controversial biography of the Sussexes, Finding Freedom.

In the programme, Scobie claimed that his “own research and reporting” found that negative stories about Markle had been leaked to the press by royal households and aides. “There were some people who felt she [Meghan] needed to be put in her place. I think by leaking a negative story, that's punishment,” Scobie added.

Meanwhile, the former private investigator, Gavin Burrows, who previously worked for tabloids including the now-closed publication News of the World, revealed that he was paid to target Prince Harry’s ex-girlfriend, Chelsy Davy, while the pair were dating in 2004. During the interview, Burrows admitted that techniques including phone hacking were used to track Davy’s every move, and apologised for being “part of a group of people” who “robbed” Prince Harry of his youth.

Another claim that was included in the documentary is that Prince Harry had overshadowed his father Prince Charles’ royal trip to the Middle East in 2016, after the Duke of Sussex released a statement in which he criticised the media’s coverage of his then-girlfriend Markle.

“That is the big no-no in the Royal Family. You do not do anything while another member of the Royal Family is on tour, that could possibly overshadow that tour,” said Sky's royal reporter, Rhiannon Mills, in the programme.

As the Daily Mail reports, Buckingham Palace, Clarence House, and Kensington Palace issued a rare joint statement in response to the BBC’s The Princes and the Press, which was also shown at the end of the first episode.

“A free, responsible and open press is of vital importance to a healthy democracy. However, too often it is overblown and unfounded claims from unnamed sources that are presented as facts and it is disappointing when anyone, including the BBC, gives them credibility.”