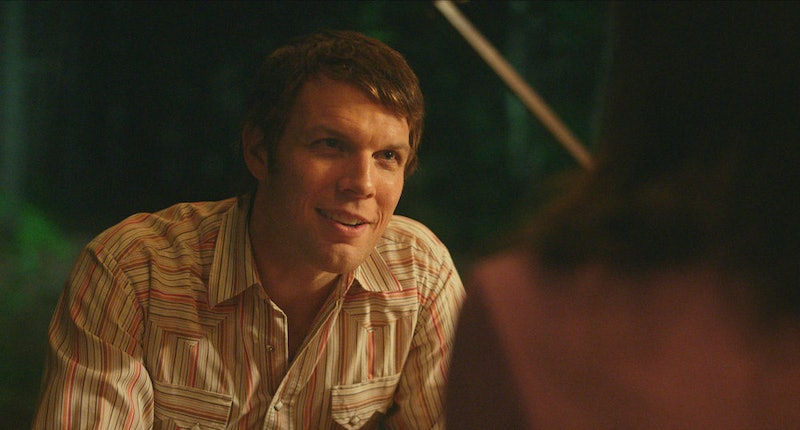 Peacock’s A Friend of the Family revisits the harrowing true story of how Robert “B” Berchtold used sophisticated manipulation tactics to kidnap Jan Broberg not once, but twice in the 1970s. Played by Jake Lacy in the streaming dramatization, Berchtold exploited his Pocatello, Idaho, neighbors, the Brobergs, including parents Bob Broberg (Colin Hanks) and Mary Ann Broberg (Anna Paquin), in order to drive the family apart. Ultimately, he walked away from alleged crimes of kidnapping and sexual assault largely without punishment — and the dramatized Peacock true-crime series explains how he pulled it off.

After earning the Broberg family’s trust with his charismatic personality, Berchtold began grooming daughter Jan (Mckenna Grace and Hendrix Yancey in different time periods) in 1972, and kidnapped her for the first time in October 1974 when she was 12 years old. In a 2004 ABC News interview, Jan said that he’d already planted seeds and brainwashed her before she woke up that day strapped to the bed of a motor home. Per her description, all she could hear was a high-pitched monotone voice coming from an ivory box telling her she had been kidnapped by a UFO. If she didn’t do exactly as she was told, she would be “instantly vaporized” and put her family in danger.

Berchtold drove the young girl to Mexico, where she said that he spent five weeks brainwashing her, and ultimately convinced her to have sex with him in order to save her family. The FBI eventually caught up with the pair, but Berchtold spent 10 days in prison after his wife, Gail, ultimately convinced the Brobergs not to press charges. Jan, for her part, also admitted that she didn’t tell anyone about the sexual abuse at the time either.

Bob and Mary Ann Broberg, who both eventually also had separate sexual encounters with Berchtold, drafted a statement that their daughter’s alleged kidnapping was just a “misunderstanding.” They continued to spend time with him, and the grooming process continued, as he convinced Jan that her “mission” was to have his children before she turned 16. She also later described herself as truly believing she was in love with Berchtold and wanted to marry him.

Two years later, when she was 14, Jan said that Berchtold convinced her to leave with him again, and this time, he hid her at a Catholic girls school in Pasadena, California. Once the FBI eventually rescued Jan four months later, her abductor claimed to have a mental health defect. He would eventually spend about five months in a mental health facility, in addition to serving 19 days in jail.

Mary Ann Broberg first spoke publicly about the alleged abuse in her 2003 book, Stolen Innocence: The Jan Broberg Story. After its release, however, Berchtold went on record to dispute several of the claims. In addition to contending that his relationship with Jan was not sexual, he also told ABC News in 2004 that he never talked to the young girl about UFOs, nor did he ever try to brainwash her. “They're trying to make a buck,” Berchtold told the news outlet.

Though he also admitted that he later realized it was wrong for an adult to have such a close relationship with a child, Berchtold explained that he’d grown to understand his motivation through therapy. “My mom got sick when I was a teenager and I had to take care of my little sister,” he elaborated. “I was very happy at the time, because my stepfather finally liked me and everything was good. Later, I had reverted back to taking care of a little girl.”

While Mary Ann and Jan were promoting the book at a Utah women’s conference in March 2004, Berchtold showed up once again. “I think he’s desperate because he knows our story has come out,” Jan said on Good Morning America shortly after the incident occurred.

According to Berchtold, however, he went to the conference to talk to members of a group called Bikers Against Child Abuse (BACA) that he claimed had been hanging around his Nevada home ever since the book dropped. Though Berchtold claimed that one of the demonstrators jumped on his minivan as he was trying to leave, the BACA volunteer, who was not seriously injured, said that the alleged kidnapper had intentionally hit him with his vehicle.

Afterward, police arrested Berchtold on charges of simple assault, criminal trespassing, and disorderly conduct, and he was released on bail. A jury later found the father of five guilty, but just prior to his sentencing, Berchtold died by suicide in November 2005. He was 69 years old.

“Bob had gone to court that day and been found guilty,” Berchtold’s brother, Joe, explained in the 2019 Netflix documentary Abducted in Plain Sight. “He says, ‘If it’s one day in prison, it’s going to kill me. I’m not going there.’”