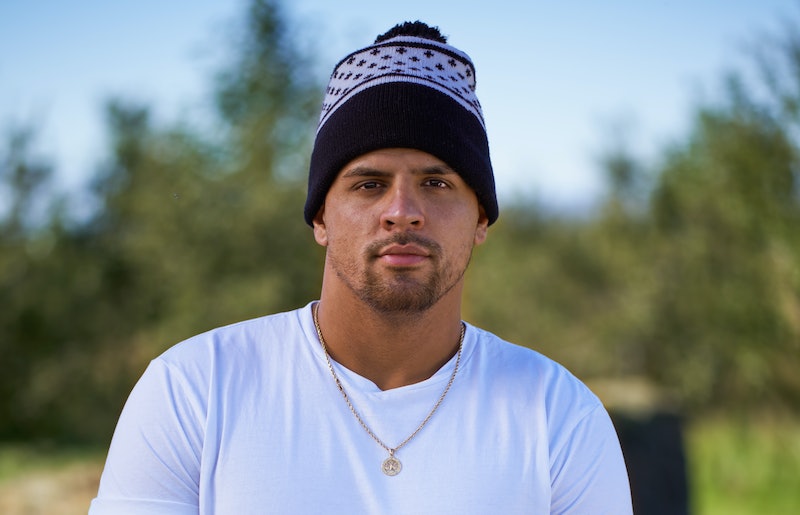 Faysal "Fessy" Shafaat came to fame during the 2018 season of Big Brother, but he's turned himself into an MTV Challenge star now. This Double Agents season is his second stint on the reality series after he came in fourth place on Season 35. Since being on Big Brother and The Challenge, Fessy's life has undergone a lot of changes. Most notably, he called it quits with his former castmate Haleigh Broucher earlier this year. Now, Fessy might be dating one of his fellow Challenge competitors.

Before leaving to film The Challenge: Double Agents in Iceland in September, Fessy and Haleigh broke up in July 2020 after two years of dating. At the time, Haleigh told her Twitter followers that the duo was "moving in different directions," and the distance between them and their different backgrounds played a role in the split. All that said, it looks like Fessy found love during the pandemic.

After heading into Double Agents as a single man, Fessy is rumored to have struck up a romance with one or two contestants. There have already been rumors that he and fellow contestant Gabby Allen of Love Island UK fame had a spark during the show. But the biggest story post-filming revolves around Fessy and co-competitor Tori Deal. In early December, the two were reportedly seen in Instagram Stories traveling to Turks and Caicos together. Maybe they're just friends, but perhaps they fell for each other on the show.

Separating from Haleigh and possibly rejoining the dating game aren't the only updates when it comes to Fessy. His fitness app, which he was constantly promoting on Big Brother, is now defunct. It seems Fessy is focusing his efforts on his career as a reality star instead. To keep the checks rolling in, he has a Cameo account and a Patreon, where he posts weekly Challenge recaps for paying subscribers. But what's interesting about Fessy, who appears to enjoy the spotlight, is how he has a private Instagram account. Lucky for his fans, he's on Twitter and posts selfies there.