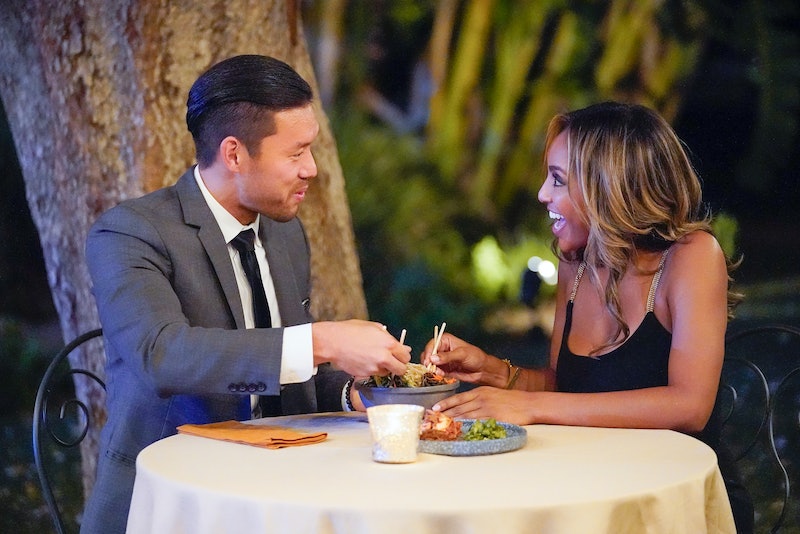 Every Bachelorette season has an unsung hero — a beloved underdog, if you will. Connor Saeli and Dustin Kendrick were fan favorites last season, and Wills Reid was a star on Season 14. This year, the title goes to Joe Park, or Dr. Joe, who charmed fans with his jokes, origami, and humble approach to wrestling his fellow contestants. He's "a lover, not a fighter," after all.

As he mentioned on the show, Joe is an anesthesiologist in New York City who worked on the front lines during the initial coronavirus outbreak. He actually ended up contracting the virus, but luckily, he recovered. One can assume he's back in the field after returning from the show, but you wouldn't know that by looking at his Instagram.

He's not super active on what appears to be his only social media platform. His most recent post was on Nov. 6, following Clare Crawley's engagement and exit from the show. He wrote, "And that’s the end of that chapter!" under a gallery of photos from his time with Clare. "Been reflecting on all of the paper folding, stripping, and roasting those first few weeks (and all of the stress/anxiety/nerves that came with it)...and grateful for it all." He continued, "Thank you @clarecrawley for letting me be a part of your journey. I know it wasn’t easy for you ... and I’m happy you finally found what you were looking for." The last time he posted before that was way back in July 2019: a carousel of photos from his trip to Bali including a sweet shot of him surfing, one of his favorite hobbies.

Things didn't work out between him and Tayshia Adams, but the doctor would be a strong contender to lead The Bachelor. He hasn't expressed any interest in the role so far, but there's still time for that to change.

As you probably know, Matt James is helming Season 25, but there's no word on who will succeed him. If Joe's up for it, he could be next in line. If that doesn't work out and if he's still single when the time comes, Joe said he's not completely ruling out a stay in Paradise.

More like this
Why Wasn't Teddi At The 'Bachelor In Paradise' Reunion?
By Brad Witter
Miriam Haart & Girlfriend Nathalie May Have Broken Up After 'My Unorthodox Life'
By Brad Witter
Robert Brotherton's Boyfriend Ra'ed Saade Competed On Several Reality Shows
By Brad Witter
We’ve Got A Text! Another 'Love Island' Series Is On The Way
By Darshita Goyal
Get Even More From Bustle — Sign Up For The Newsletter