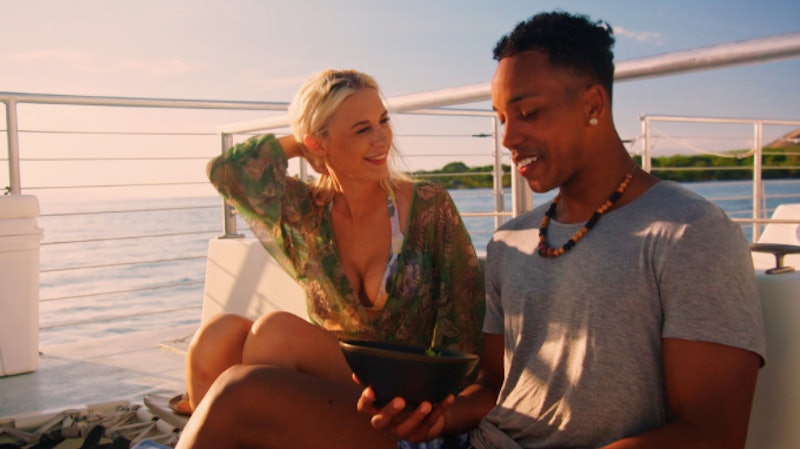 After hearing Kendal Kirkland sing the praises of his high-achieving career on Temptation Island, you’re probably wondering: what exactly does he do? The answer is a lot of things, which explains why the Los Angeles native refers to himself as “a serial entrepreneur” who has dabbled in everything from fitness and nutrition to acting to personal finance.

According to his LinkedIn, Kendal went to San Diego State University to study Public Administration and graduated in 2015. He’s now the founder of Lifestyle Credit Repair, a company which “specializes in removing negative items” such as collection accounts, charge offs, hard inquiries, medical bills, school loans, and bankruptcies from your credit report in as little as 30 days. The official website describes Kendal as a real estate agent who made it his mission to “help expedite the credit repair process for as many people as possible in 2020” after realizing that “many people in the U.S cannot buy property due to their lack of knowledge on credit.”

Kendal co-owns and operates the business with his partner Sheldon, a self-proclaimed credit expert who’s worked in the finance field for over seven years. (It’s worth noting that credit repair services aren’t usually effective. According to Balance, deliberately disputing accurate items is an illegal misuse of the process. And per Nerd Wallet, if the negative claims on a report are indeed false, they can be flagged and removed without paid help.)

Kendall’s LinkedIn page also says he works at Fit Seven Training, which appears to be a fitness and nutrition brand. An e-book called The Kirkland Approach, which is billed as “the ultimate nutrition outline that doesn't make people count calories to lose weight,” is for sale on his website.

Since appearing on Temptation Island, Kendal seems to be leaning into the entertainment business side of entrepreneurship as well. His website describes him as a reality star and model who has been featured in various magazines and commercials in addition to serving as the face of many clothing brands. He also has an IMDb page that credits him with small roles in the 2015 film Callejero and the TV drama Blacklisted, among others. According to Kendal’s bio, he grew up as a basketball player and signed with Hollywood Talent Associates in 2011.

When Kendal isn’t working, he appears to be working out. On Instagram, he’s always sharing motivational posts and clips from his energized gym sessions. “Great session earlier!” he captioned a July 2020 mirror selfie. “No one can stop you, but you. Consistency & a plan will push you towards your goal.” In November 2020, Kendal shared some highlights from a workout, writing “The gym has always been a place of peace when I have a lot going on.”

Kendal pretty much always seems to have a lot going on — which was part of the problem when he and his girlfriend Erica joined Temptation Island. Now that he’s connecting with Alexcys (and Nickole) in the villa, perhaps things will be different.