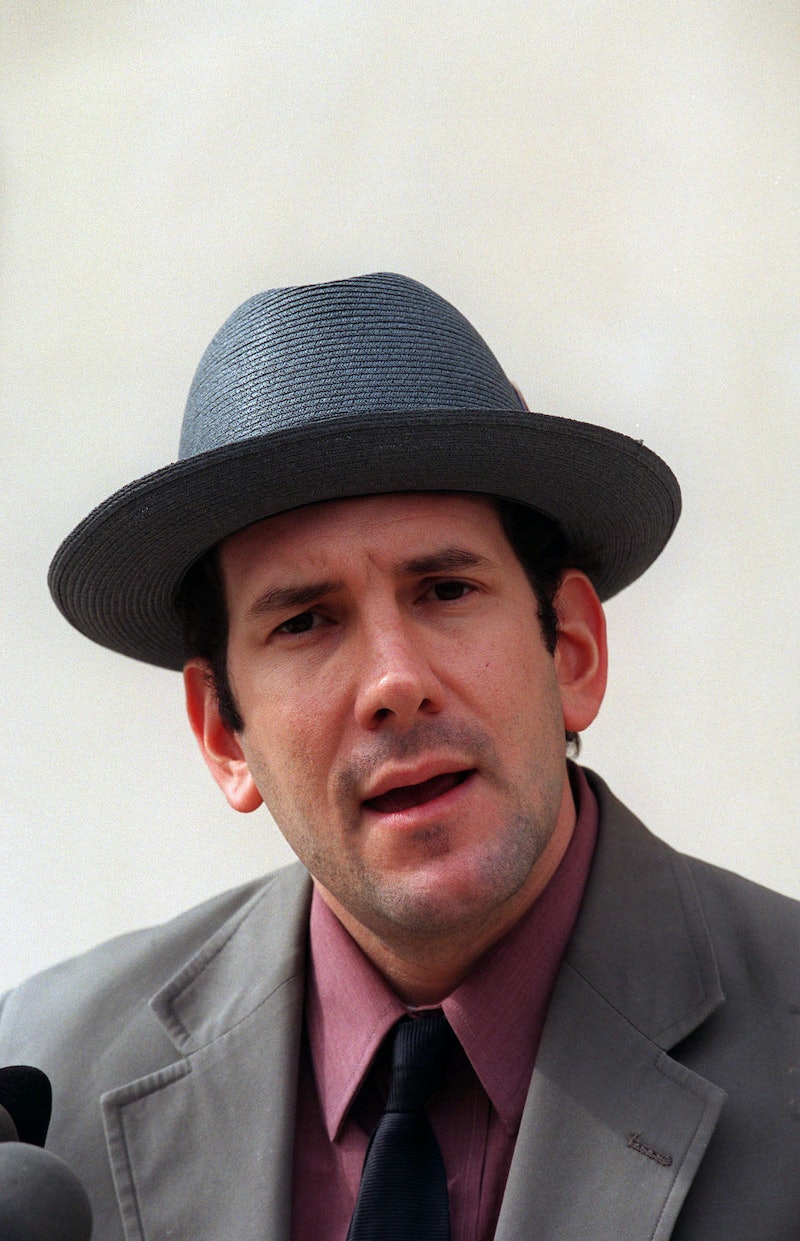 In 1995, Matt Drudge launched the newsletter that effectively invented clickbait. Operating out of his Hollywood apartment with only a dial-up internet connection, the then-manager of a CBS Studios gift shop crafted email blasts including musings on topics ranging from natural disasters to celebrities. Eventually, he expanded to cover media, entertainment, and political gossip, transitioning to a bona fide website that used flashy (often all-capitalized) tabloid headlines as his audience grew. Thus, the Drudge Report was born.

In January 1998, Drudge had his star-making moment: he became the first journalist to publicly expose Bill Clinton and Monica Lewinsky’s affair. True to the aggregative spirit that has since inundated media, he didn’t break the story himself but rather revealed that Newsweek reporter Michael Isikoff had been working on the story. Newsweek refused to print it, deeming the subject matter too salacious. “At the last minute, at 6pm on Saturday evening, Newsweek magazine killed a story that was destined to shake official Washington to its foundation: A White House intern carried on a sexual affair with the President of the United States!” the January 17, 1998 story began before going into details of the illicit relationship.

Drudge’s role in the scandal, which ultimately contributed to Clinton’s impeachment later that year, is revisited in FX’s Impeachment: American Crime Story, where actor and comedian Billy Eichner plays the conservative reporter. “I don’t know if he’s seen it, but one of the most surreal and perfect moments of this whole experience was last week,” Eichner recently told The Daily Beast of his role, adding that his “gut feeling” is that Drudge will get “a kick out of” the show. “The Drudge Report posted a picture of me as Matt Drudge on Drudge Report as one of the main stories. In classic Drudge style, the headline was something like, ‘Drudge Steals the Show’... even though no one was saying that.”

Despite many similarities (e.g. their East Coast, middle class upbringings and affinity for pop culture), Eichner says he and Drudge’s “politics could not be further apart” and that Drudge has aligned himself with people he finds “so despicable.” Indeed, Drudge was an early supporter of Donald Trump’s. During the 2016 presidential race, Drudge appeared alongside Alex Jones on InfoWars, mentored late Breitbart News founder Andrew Breitbart, and went on white nationalist and conspiracy theorist Michael Savage’s radio show to talk about Trump. In 2016, Carl Bernstein even called Drudge’s influence a “large measure of why” Trump secured the Republican nomination.

Following Trump’s election, the now-former President praised Drudge, whom he called a “great gentleman” and even hosted at the White House. About two years into Trump’s term, however, their relationship soured reportedly due to the President’s inability to fully fund the border wall he’d promised. Drudge became highly critical of Trump, blasting him for everything from alienating suburban women and struggling farmers to disrupting markets with his trade wars. In turn, Trump lashed out at Drudge on Twitter, publicly calling his onetime ally everything from a “confused MESS” to, yes, even “fake news.”

By the time the 2020 presidential election rolled around, Drudge had earned the ire of Trump loyalists. Ted Cruz called the Drudge Report “an attack site for the Donald Trump campaign,” while Fox News host Tucker Carlson labeled Drudge “a man of the progressive left,” lamenting that his site is now “indistinguishable from The Daily Beast or any other woke propaganda outlet posing as a news company.”

Recently, there were rumors that Drudge, now 54, was looking to sell his eponymous website, but they proved to be unfounded: he remains the owner of the Drudge Report, and, according to the Columbia Journalism Review, now lives on a $2.2 million property in Redland, a remote farming community in Miami-Dade County.