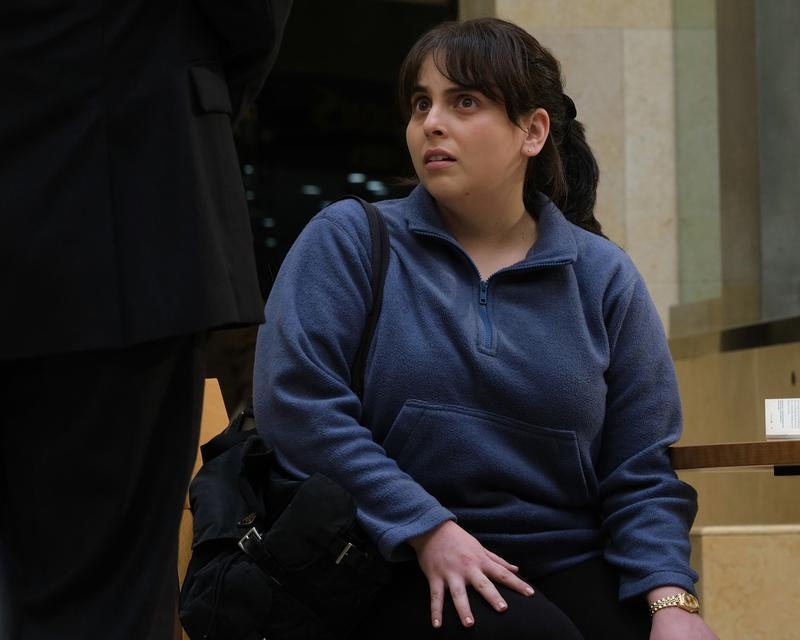 In the first episode, we’re introduced to a number of important players, each of whom played a part in widening the scope and exposing the affair. Here’s what the show gets right — and wrong — about how everything unfolded.

The episode opens with a dramatic ambush by Linda Tripp and the FBI, who bring Monica Lewinsky in for questioning regarding her relationship with Clinton. The approach happened mostly as depicted: Lewinsky was waiting for Tripp at the Pentagon City Mall food court for a lunch date when Tripp showed up with FBI agents who told Lewinsky to come with them. Tripp assured her that the same thing had happened to her, but Lewinsky caught on.

As Lewinsky wrote in her 1999 book, she did indeed ask agents to keep Tripp around without mincing words: “Make her stay and watch. I want that treacherous b*tch to see what she has done to me.”

As portrayed in Impeachment, Jones alleged that Clinton — then the Governor of Arkansas — exposed himself and propositioned her during a private meeting in his hotel room after the Annual Governor's Quality Conference in Little Rock, Arkansas in 1991. After coming forward in 1994, she really did have a press conference at CPAC where she shared a vague account of her allegations.

Her then-lawyer Cliff Jackson later called the press conference “a giant dud,” but it did get the attention of Ann Coulter — who, as Impeachment shows, helped Jones get in touch with more established lawyers. Jones later said that she was “used” by the right wing groups she fell in with. But she successfully sued Clinton for sexual harassment while he was in office, two days before the three-year statute of limitations expired. The case was settled out of court in 1998.

Linda Tripp’s role in the Clinton-Lewinsky scandal is notorious and often one-note: she was the “supervillain” who lied to Monica Lewinsky and schemed to bring down the president. “Central casting couldn’t have cast a better villain,” Tripp, who died of pancreatic cancer in 2020, told Slate’s Slow Burn podcast in 2018. “The entire country had decided who I was, and it was evil incarnate.”

Impeachment isn’t kind in its portrayal of Tripp, but in real life she was more complicated, even for colleagues who she often rankled. She really did believe she had been exiled to the Pentagon, and reportedly actually did tell her coworkers that she needed a private office because she “knew too much about Whitewater.” But she could be charming, an energy that ultimately brought Lewinsky into her confidence.

In Impeachment, Lewinsky is endeared to Tripp nearly immediately after their first meeting at the Pentagon in April 1996 and begins telling her salacious details about her affair with a high-ranking political figure. In reality, it took a bit longer; it wasn’t until months later that Lewinsky disclosed the identity of her married suitor to Tripp.

Impeachment also takes a hard stance on Tripp’s motivations for exposing Lewinsky, but according to Tripp, her aims were bigger than fame or political power. After serving in George H.W. Bush’s White House, she was disturbed by what she saw of Clinton and began harboring contempt for him and his family, particularly after Vince Foster’s suicide. “We were not allowed to be interviewed without the presence of a White House attorney,” Tripp told Slow Burn. “I realized how deeply entrenched I was becoming in the Clinton cover-ups.”

Tripp came to peddle the same sort of conspiracy theories about Foster’s death as Donald Trump did during the 2016 election, alleging — despite the conclusion of five official investigations — that Foster was actually murdered and the Clintons were somehow involved. Much of this perspective was informed by Tripp’s proximity to the office and how quickly White House officials came to believe it was suicide.

Tripp felt it was her responsibility to expose the corruption around her, and it’s ultimately this — in addition to her literary aspirations — that drove her to betray Lewinsky.

In Episode 2, we get a glimpse into how the Clinton-Lewinsky affair started. All of this is true to life: it began during the 1995 government shutdown, when Lewinsky was assigned to work in Chief of Staff Leon Panetta’s office. According to her account, Lewinsky flirted with Clinton heavily, including at one point lifting her jacket so he could see her thong. She said Clinton would come up with maneuvers for her to see him by asking her to bring him things like pizza. Impeachment doesn’t show anything beyond kissing, but it was during this time that their relationship became sexual.

After three months, Clinton ended the relationship. But only a few weeks later, he called Lewinsky at home and ultimately re-initiated the affair. It happened just as Lewinsky says in the show: a member of the senior staff saw her hanging around the Oval Office a little too much, decided she was too much of a risk, and reassigned her to the Pentagon. For about a year afterward, she and Clinton strictly spoke on the phone, with Lewinsky occasionally turning up to events to grab his eye. (She never made a spreadsheet of her encounters with Clinton, although she says Tripp took notes.)

One of the biggest discrepancies is the episode’s final scene between Lewinsky and Clinton. While he did present her with a hat pin and copy of Leaves of Grass after a radio address in February 1997, the actual encounter was far more consequential. After receiving the gifts, Lewinsky moved to the bathroom with Clinton to “fool around” with more privacy. During oral sex, he climaxed for the first time during their affair, leaving a small stain on her Gap dress. This dress became infamous once their affair became public knowledge. It’s unclear if Impeachment will incorporate this detail, considering Beanie Feldstein’s Monica is wearing a very different black outfit in the scene.

Washington Post reporter Michael Iskoff did indeed clash with his editors about how to report the Paula Jones story. However, when he went to Linda Tripp to back up Kathleen Willey’s story, she confirmed that after Willey left Clinton’s private office, her “face was red, and her lipstick was off” and she appeared “flustered, happy and joyful.”

This posted will be updated throughout the season.

This article was originally published on Sep. 8, 2021