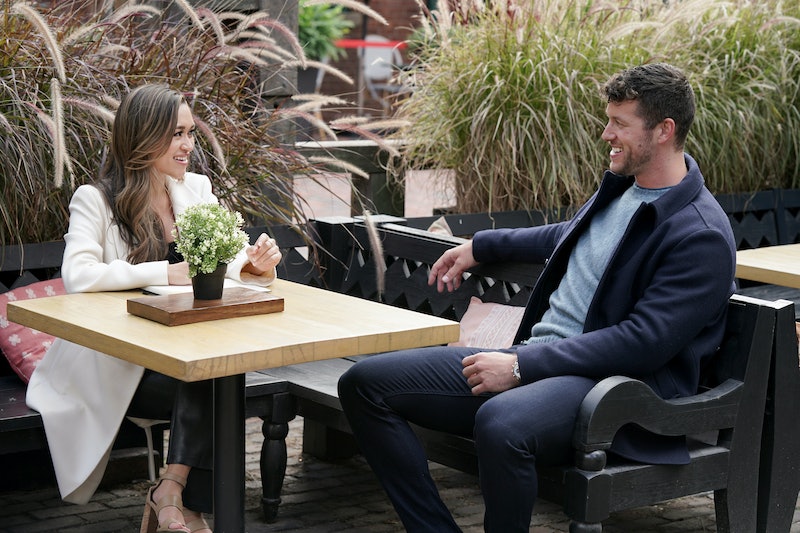 Clayton Echard’s season of The Bachelor is winding down, and with it is the number of women remaining in the running for his final rose. Among them is Sarah Hamrick, who received one of the first one-on-one dates of the season and has continued to connect with Clayton. However, in a preview for the Feb. 14 episode, Clayton begins to express hesitation about her.

While on a date with Sarah, Clayton explains that he’s serious about getting engaged at the end of the show and that someone in the house told him she may not be ready to take that step. Sarah tries to assure him that she is, but Clayton doesn’t seem to buy it. "Thank you for being so vulnerable, but I'm honestly just afraid of losing everything,” he says curtly before getting up from the table.

Whether or not that will mark the end of their relationship, we’ll have to wait and see, but Sarah has certainly been enjoying herself since The Bachelor finished filming. According to her Instagram, she’s been in Costa Rica for what feels like all of February. She’s been posting photo after photo of her soaking up the sun on boats and at beaches. “cancel your flight home kind of trip,” she captioned a video montage of her enjoying the ocean.

We know from Sarah’s Instagram that she made it far on Clayton’s season: There was a two and a half month break in her posts between September and November, when The Bachelor was filming. Afterward, she returned to her home in New York City, posting pics tagged in Hudson Yards and the Lower East Side. She’s been primarily hanging out with friends and enjoying a typical 20-something’s life out on the town in the city.

Her page doesn’t have many clues about where she stands with Clayton after the show, but she did discuss their relationship on an episode of the Bachelor Happy Hour podcast. Speaking of their first date, which involved a stripped down scavenger hunt, she said: “He’s had all the picture perfect memories with people up to this point, and now this going to be his first bad memory, or uncomfortable memory on the show. We had a come to Jesus moment, we’re both struggling, we’re both uncomfortable and embarrassed.” But it was for the best. “Once we got to sit and talk I think it definitely provoked a conversation that we wouldn’t have had otherwise. I’m grateful for it.”

Whether or not Sarah winds up with Clayton in the end, she’s certainly using her time after filming to prove that she knows how to look good on a beach. Perhaps we’ll see her in Paradise?