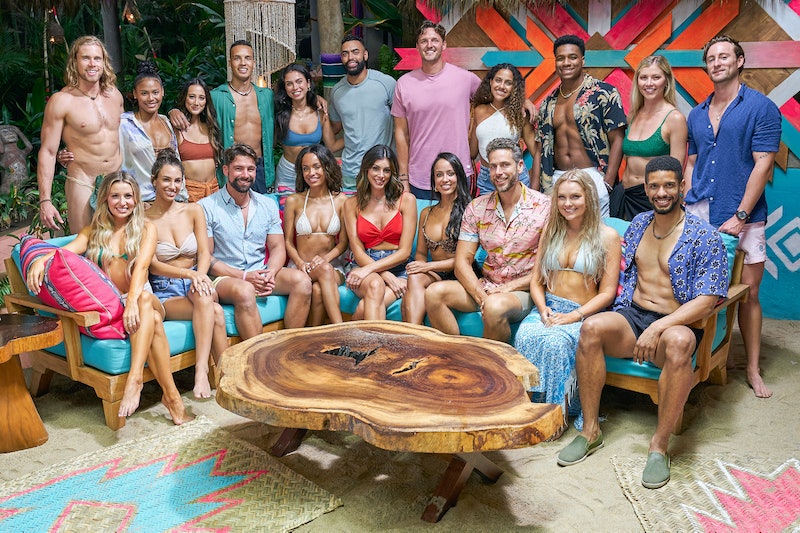 Bachelor in Paradise’s seventh season was filled with drama, including a confrontation between exes, one (alleged) scheme to get Instagram followers, a breach of the show’s rules, and even a surprise evacuation. But after the finale on Oct. 5, fans had to bid adieu to the beach for another year. Fortunately, that wait is almost over.

While there had been some speculation about a possible end to Paradise due to Gabby Windey and Rachel Recchia’s joint Bachelorette season cutting into traditional BiP territory — and Reality Steve’s comments that “the format is getting old and tired,” — ABC confirmed Bachelor in Paradise will return for Season 8.

While ratings slipped slightly since the show’s premiere in 2014, it has remained a consistent hit for ABC, serving as a light, summery, makeout-filled bridge between The Bachelorette and The Bachelor. Here’s what we know about BiP Season 8 so far — including who you’ll see on the beach.

Aside from skipping 2020 due to the pandemic, Bachelor in Paradise has reliably aired in August — but Gabby and Rachel’s Bachelorette season cut into that window since their season premiered on July 11. In June 2022, ABC confirmed Bachelor in Paradise Season 8 will premiere on Tuesday, Sept. 27, 2022 — so there will be no downtime between the drama of Gabby and Rachel’s Bachelorette finale and BiP!

Longtime host Chris Harrison officially left the franchise last June, after a controversial interview with Rachel Lindsay in which he defended and downplayed the racist actions of Bachelor contestant Rachael Kirkconnell. Former Bachelorettes Tayshia Adams and Kaitlyn Bristowe then took over hosting duties for Katie Thurston’s season of The Bachelorette, while a rotating crop of celebrities took turns hosting BiP Season 7.

Since Harrison’s exit, viewers have campaigned for former Bachelorette contestant and current bartender Wells Adams to become the permanent host of BiP, and in September, he told ABC News he was “ready” for “whatever [ABC] wants me to do.” However, former Bachelor Jesse Palmer has taken over hosting duties for The Bachelor and The Bachelorette, and will serve as host of BiP Season 8 as well, ABC confirmed.

After plenty of speculation, the full Bachelor in Paradise cast for Season 8 was announced in August. Of course, there’s always room for surprise visitors on the beach — and during a sneak peek at the season during After the Final Rose on Sept. 20, several love triangles were teased. But here’s who you can expect, for now: