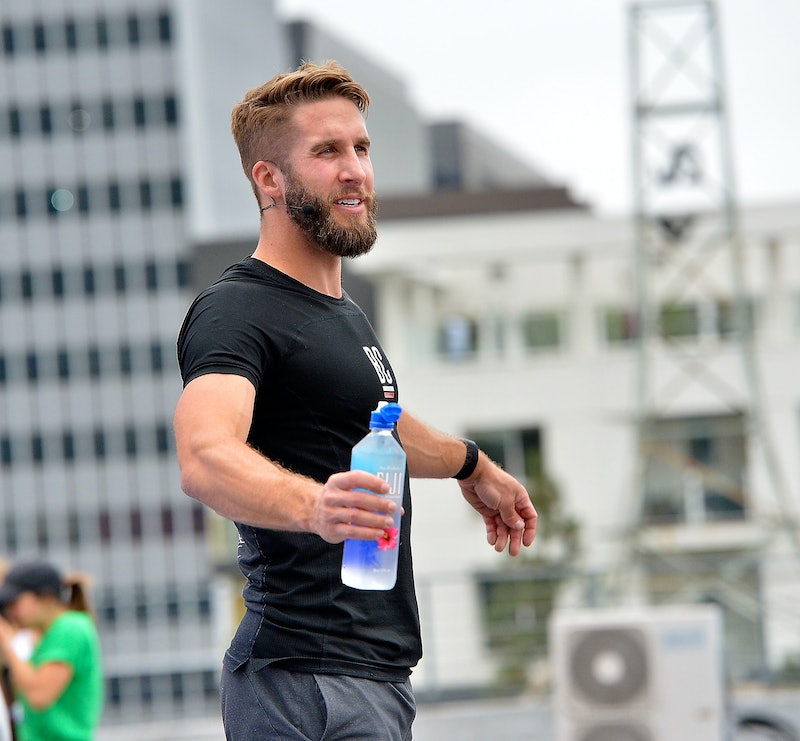 For a long time, Kaitlyn Bristowe and Shawn Booth were one of Bachelor Nation's biggest success stories. They were engaged for three years (a lifetime in Bachelor Nation), but by November 2018, they announced that they had broken up. Since then, Kaitlyn moved on to a new relationship with fellow Bachelor Nation star Jason Tartick. Post-breakup, Shawn Booth is focusing on his fitness career.

Shawn was a personal trainer before going on The Bachelorette, and he's doubled down on that career path in the years since his season ended. In June 2018, he opened his own gym called Boothcamp in Nashville. In August 2018, Kaitlyn said on her Off the Vine podcast that the gym was one of the reasons they hadn't been spending as much time together.

"I'm in Canada, because every single year I have made a promise to myself and my family that I will come up every August and enjoy downtime with the people that I love in a country that I love," she said. "Shawn did not come up with me because the guy just bought a gym. He bought a business. He has started something huge. ... We are both so busy, and unfortunately that means we're spending all of this time apart."

Shortly after she spoke about their relationship, the couple broke up. Kaitlyn began dating Jason, and Shawn continued to devote himself to his business. In a January 2019 podcast appearance on Almost Famous, he admitted that it was hard for him to see Kaitlyn move on.

"It was like, man, I lost my best friend too," he said. "It just feels like everything is completely gone, like that." He added, "Seeing everything [with Jason], it does upset me and it does make me a little angry, but it does help me move on knowing that maybe we weren't right for each other and that I will find somebody down the road that will make me happy." He added that ultimately he still cares about Kaitlyn and is happy for her that she's doing well.

Shawn got some more bad news when his dog Tucker died in April 2020. When he posted the news on Instagram, Kaitlyn commented, "I'm so sorry. This one hurts. You gave him a great life." She had bonded with the dog during their relationship, so it must have been a tough moment for both of them.

In June, Life & Style reported that Shawn has been dating a little bit, but mostly he's been focusing on his gym. "I haven't had too much time for dating," he said. "I have been on a few dates this past year but nothing too serious. Again, just so busy with my career." He said that he's wary of dating apps, but he has been open to his friends setting him up with people. Ultimately, he said he's "not rushing into anything right now" but he is keeping an eye out for someone who is confident, supportive, and driven.

Like most gyms and other businesses, Boothcamp was closed due to regulations related to the coronavirus pandemic. However, it recently reopened with new measures in place to adhere to Nashville's guidelines. Instructors are wearing masks, taking members' temperatures upon entry, and ensuring that everyone can stay 6 feet apart. This whole time period is tricky for business owners, so Shawn — who was already really dedicated to his work before this — is likely in overdrive to ensure Boothcamp makes it through this tough time. And, understandably, that seems to be his main focus right now.